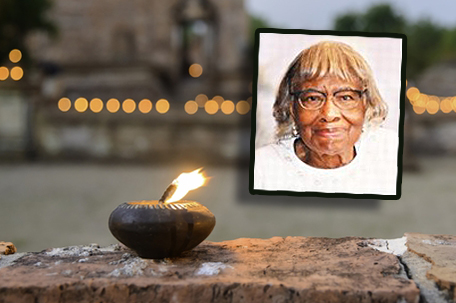 After President Franklin Roosevelt ordered federal contractors to end discrimination, a New Deal program led Josie Ella Dunn to Seattle in 1943 to work on a team of riveters known as the “Black Rosies” after the iconic “Rosie the Riveter,” a wartime symbol of women who joined the industrial labor force while men went to war.

Affectionately known as “ Josie the Riveter,” Dunn worked for Boeing for nearly 38 years, retiring in 1981.

Born in Arkansas and raised in Oklahoma, Dunn went to Seattle under the National Youth Administration program, which provided work and education for Americans age 16 to 25. She was offered a job working with sheet metal in a shipyard, but a fear of water led her to choose instead working for Boeing.

Throughout her life, Dunn worked to gain recognition for the “Black Rosies” and their contributions to the war effort by participating in events such as the “Women in Trades” job fair, where the “Rosies” shared their stories. She also participated in an oral and video history at the Museum of History and Industry in Seattle, and in 2015 visited the Boeing Museum of Flight to see a B-17 she helped build while a Boeing employee.

She was a lifetime member of the National Association for the Advancement of Colored People (NAACP) and the Urban League, and an active participant at the Central Area Senior Center.