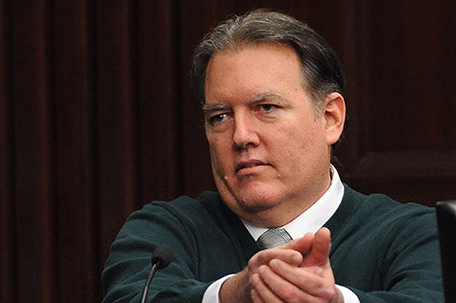 JACKSONVILLE, Florida — A jury has found a man guilty of first-degree murder for fatally shooting a teenager after an argument over loud music outside a Florida convenience store.

The jury reached its verdict Wednesday after more than five hours of deliberations.

Prosecutors say Michael Dunn shot with intent to kill when he fired 10 times into a vehicle carrying 17-year-old Jordan Davis and three of his friends in November 2012.

Dunn testified that he thought his life was in danger.

The jury in the first trial deadlocked on the first-degree murder count, which led prosecutors to retry him in this case.

Jordan’s father Ron Davis said after the verdict Thursday that he “wanted Jacksonville to be an example” that you can have a jury made up of mostly white individuals, and still see justice. “ Let’s make sure the decisions we make … are based on witness’ testimony and the importance of the case and not a bias against one another,” he said.

The shooting occurred in the parking lot outside a Jacksonville convenience store, after Dunn asked the car of teens including Davis to turn their music down. His fiancée, Rhonda Rouer, says the last thing she heard him say was, “I hate that thug music.” Rouer was in the convenience store when she heard gunshots, and when she ran outside, he told her to get in the car and they drove away.

Dunn claimed he saw a gun and believed the boys were armed and dangerous. But police found no gun in the car. He said he heard Davis threaten to kill him, and responded by rolling down the window of his car and asking, “Are you talking to me?” Dunn and Rouer left the scene without calling 911 and spent the night in a hotel, as planned, and their testimony differed about what happened that night, and in the days that followed. 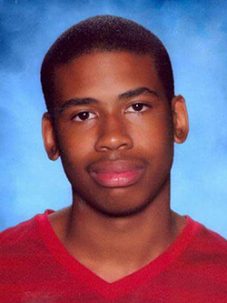 In February, Dunn was found guilty on three counts of second-degree attempted murder — one for each of three of Dunn’s friends who were also in the line of fire as Dunn fired ten rounds into their sport utility vehicle. The jury deadlocked on the first-degree murder charge, the judge declared a mistrial on the first degree murder count, allowing prosecutors to reach a new trial. Dunn faces a mandatory sentence of 25 years to life in prison without parole.

Just prior to that first trial, the State Attorney’s Office released a set of letters Dunn sent from prison revealing significant animus toward blacks. “The more time I am exposed to these people, the more prejudiced against them I become,” he said in one. “This jail is full of blacks and they all act like thugs,” he said in another.

The letters did not come into play during trial. But they reveal the sort of racial undertones that have been prominent in many Stand Your Ground cases. One study found that white defendants with black victims are far more likely to have their killings deem “justified” under the Stand Your Ground law, which was cited during the first trial. After that trial, one juror told ABC News that the reason for the deadlock was because several jurors believed Dunn was “justified” in shooting Davis under Florida’s self-defense laws. She pointed to a section of the jury instructions that includes the state’s notorious Stand Your Ground law as being central to their deliberations.

Think Progress.com contributed to this report