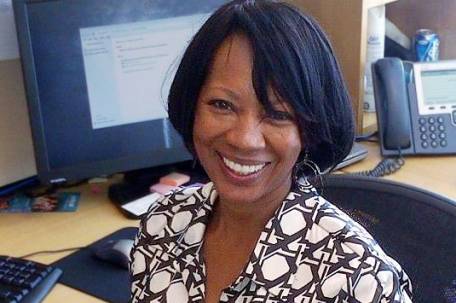 Ira Curry, of Stone Mountain, Ga., is $318 million richer and is one of two lucky ticket holders who will split the second largest jackpot in the game’s history.

Lottery officials said Curry purchased the ticket in Atlanta at Gateway Newstand and chose the numbers herself by picking family birthdays and throwing in the lucky number seven.

Georgia Lottery chief executive Debbie Alford said Curry, who has so far stayed out of the spotlight, plans to take the lump sum payout, a cool $123 million after taxes.

A second winning ticket was sold in San Jose, Calif., at Jenny’s Gift Shop, California lottery officials said. That person has not yet come forward.

The $636 million jackpot grew from a modest $12 million prize in October. Twenty-one winless drawings later, it became the second-largest lottery jackpot in U.S. history, according to lottery officials. The record jackpot was a $656 million Mega Millions prize in March 2012.

Last October, Mega Millions changed its rules to increase the jackpot by lowering the odds of winning. The chance of winning the jackpot is now about 1 in 259 million. Before the rules changed, the odds were 1 in 176 million.

Mega Millions revamped its game after Powerball ticket prices doubled from $1 to $2 in January 2012, accounting for the swelling jackpots and tons of media attention.

Mega Millions is played in 43 states, the District of Columbia and the U.S. Virgin Islands.