An Important Message on the Affordable Care Act from Mayor Kenney 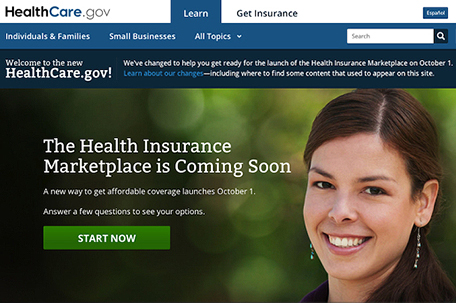 I want to make sure that you see this important message on the Affordable Care Act from Mayor Kenney:

As the Trump Administration continues to enact policies or support bills at odds with many Philadelphians’ beliefs, we understand the frustration or anger many of you are feeling. One of the most important things you can do is turn that anger into action: talk to your friends or neighbors, volunteer your time with a local community group, or donate to one of the many organizations that stands up for our residents.

To help you take action, the City put together guides that include quick facts, ways you can help, and other resources.

More than 200,000 Philadelphians benefit from the Affordable Care Act. That means 1 in every six adults in Philadelphia now have health insurance. Estimates indicate that the new proposal, the American Health Care Act (AHCA), could lead to anywhere from 160,000-220,000 Philadelphians losing their coverage.

The American Health Care Act (AHCA), the new proposal, would benefit the wealthy at the expense of those who are low-income. It would end the requirement that employers offer coverage and would allow insurance companies to charge premiums five times higher for older adults than younger adults.

Read the quick facts and action guide and share it with your neighbors. Then call your senators and representatives to make sure they know how you feel.

1. More than 200,000 Philadelphians have gained coverage through the Affordable Care Act (ACA), over 160,000 through Medicaid and about 60,000 through the Marketplace. That means that 1 in every 6 adults in Philadelphia now have health insurance, and along with their health, they also gain the peace of mind and protection from financial hardship that health insurance brings. These are parents and single individuals, most of whom are employed, who do not have access to affordable coverage through their employer.

2. In addition to expanding access, the ACA has benefited 1.1 million Philadelphians with private coverage who have gained these protections:

4. When our city’s residents have coverage the whole economy benefits. In the three years that the ACA has been in effect, the Philadelphia region has added approximately 20,000 jobs in the healthcare and education sector.

5. When people don’t have coverage, they avoid care until their health problems hit crisis levels. If the ACA were repealed, more people would seek care in emergency rooms placing a great strain on our hospitals.  The hospital emergency departments will become overburdened with sick, uninsured people, many of whom will have health conditions that have progressed too far to treat effectively.  Those hospitals will be obligated to treat them without being reimbursed, which will cause financial pressure for hospitals that serve as the city’s safety net.  The end result will be sicker people, higher mortality rates, and financial strain on the health care providers who serve the people in greatest need.

6. The ACA enables 160,000 additional Philadelphians to receive treatment for mental illness or substance use through the Medicaid behavioral health program, which is operated by the Department of Behavioral Health and Intellectual disAbility Services.  Elimination of the funding for Medicaid expansion that is part of the ACA will either cut these people off from services or force the City to incur huge financial costs for their treatment, or both. Almost 25 percent (nearly 40,000) of new Medicaid enrollees are using behavioral health services, including critical substance use disorder services. As our city, and the nation, struggles with the opioid epidemic, ACA coverage for drug abuse treatment is particularly necessary.

1. The American Health Care Act (AHCA) benefits the wealthy and healthy at the expense of those who are low-income and sick. It creates new tax credits for high-income people, while cutting financial support for working families to buy health insurance. In the end, it will lead to many people losing their health insurance, their housing, and other critical social supports which rely on access to health care to sustain and those with health insurance paying more out of pocket.

2. Health policy experts are estimating that, in the country as a whole, the AHCA could lead to 10 million people or more losing their health insurance. Those estimates would indicate that here in Philadelphia anywhere from 160,000 to 220,000 could lose their insurance.

3. The American Health Care Act (AHCA) would go beyond repealing the Affordable Care Act (ACA) by fundamentally altering Medicaid, a program that 650,000 people in Philadelphia — or more than 40 percent of the city’s residents — depend on for health coverage.  About 270,000 children, or 3 out of 4 of the city’s children, are covered by Medicaid and the program provides critical services for thousands of seniors and people with disabilities.  The AHCA would eliminate the federal financial commitment to the most vulnerable that has existed for the past 50 years by capping federal funding for Medicaid.  This will create a massive hole in the state budget, forcing the state to cover fewer people and to provide less to those who are covered.

4. The American Health Care Act (AHCA) ends the requirement that employers offer health insurance benefits. As employers make the decision to take this cost off their books, more people are likely to have to try to pay for their own insurance.

6. The bill would defund Planned Parenthood, which would deprive thousands of women in Philadelphia of the preventive health care that they are receiving.

7. This proposal would eliminate funding for public health, which would cut funding for the City to ensure that children are immunized against infectious diseases and respond to epidemics.

8. Over 1,000 adults, many formerly homeless, could lose their permanent supportive housing without an ability to access their treatment support service through Medicaid.

1. Share these quick facts and action guide with your networks. Education and making our voices heard is critical to building bridges and support for the Affordable Care Act (ACA). Whether it is over email, on social media, or at a community meeting, help us get the facts to every Philadelphian.

3. Share your story of how you’ve benefited from the Obamacare/Affordable Care Act (ACA) and how your life would be impacted by its repeal. The Center for American Progress Action Fund has a helpful tool to help share your story online. The Pennsylvania Health Access Network would also like to hear from you; you can share your story with them online here.

4. Volunteer with the Pennsylvania Health Access Network to help share more information about why health care access is so important. If you’d like to join their call at 7:30pm on March 9 on how you can get involved with their grassroots efforts, register online here. If you can’t join the call, check out other ways to get involved at PAhealthaccess.org.

5. Sign up for the Planned Parenthood Southeastern PA Advocacy Network online. You can also apply to volunteer with them, too.

6. Write a letter to the editor saying why you believe the AHCA would be a disaster for Philadelphia.

What the Affordable Care Act means to you

How the Affordable Care Act may affect your tax refund