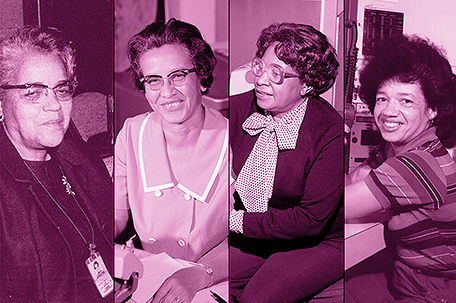 “I am thrilled to hear that the Hidden Figures Congressional Gold Medal Act has been signed into law by the President,” Johnson said. “This bill was long overdue, and I would like to thank my colleagues in both the House and the Senate for supporting this legislation. Katherine Johnson, Mary Jackson, Dorothy Vaughan, Christine Darden, and all the women of NASA and NACA will now receive the recognition they deserve for their great accomplishments in the successes of the United States space program.”

“I am proud President Trump signed into law this bipartisan bill to honor Katherine Johnson, Dorothy Vaughan, Mary Jackson, Dr. Christine Darden and all women who contributed to NASA during the Space Race with Congressional Gold Medals,” Coons said. “Women played an integral role at NASA during the Space Race, but for many years their accomplishments remained hidden. With the signing of this bill, we are recognizing these extraordinary women and bringing their accomplishments into the light so they can serve as an inspiration for generations of women scientists to come, particularly those of color.”