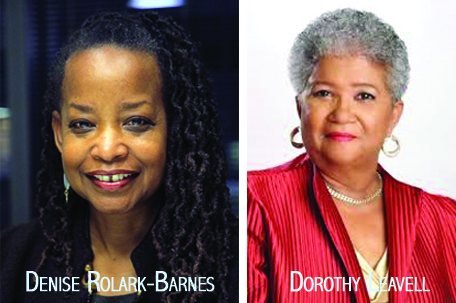 As civil rights and racial justice enthusiasts observe the 190th birthday of the Black press, the premier federation of Black-owned newspapers held its first leadership election in which publishers are permitted to vote absentee this week.

During its 2017 Annual Convention at the posh Gaylord National Resort & Convention Center June 20-24, the National Newspaper Publishers Association (NNPA) allowed each of their more than 200 member publishers to vote absentee for their preferred chairperson, NNPA’s highest office. Publishers expressed their ballots to the convention by deadline June 19. In past years, qualified publishers have had to attend the convention in order to vote.

Largely facing the economic realities of 2017, the now 77-year-old association apparently recognized the inability of some publishers to travel to the National Harbor in Oxon Hill, Maryland for the convention. It featured the election on Friday, as well as a string of social, educational, and issue-oriented events all week.

The prestige of the two iconic candidates, incumbent Chairwoman Denise Rolark-Barnes, publisher of the Washington Informer, and Black Press stalwart Dorothy Leavell, publisher of the Chicago Crusader and Gary Crusader newspapers, appear to underscore the significance of the Black press in 2017. Black press enthusiasts say their candidacies also bode well for the strength of Black press perseverance nearing the end of its second century.

“You’ve got two candidates who’ve got such successful and productive records in the Black press, who are willing to take and run that organization. This is an excellent sign that it’s in good shape,” said A. Peter Bailey, who teaches The History of the Black Press at the University of the District of Columbia and taught the same course for five semesters at Virginia Commonwealth University.

Several factors, including the direction of the organization’s digital growth and journalistic focus made this year’s election especially important. Adding to the interest is the fact that the election was a rematch of sorts. Rolark-Barnes prevailed over Leavell by only six votes in the last election two years ago.

Both women are NNPA veterans with stellar reputations of commitment to the Black press. But Barnes and Leavell are also known for their distinctly different personalities.

Leavell, known for her fiery speeches and fighting spirit, is a National Association of Black Journalists “Hall of Fame” inductee, who has held a number of NNPA leadership positions, including president during the late 1990s. In her campaign, she promises to fight for government and corporate advertising and to strengthen the NNPA News Wire, which in recent years has been moved from under the NNPA Foundation, a 501c3 non-profit, to the association, which is a 501c6 tax-paying trade organization.

“For those people who know me, they know I fight. And I fight with a big stick and I’m very passionate about the Black press,” Leavell says. “It’s not 1827, but so many of the things that are happening in our community are reminiscent of those very same times. The Black Press is an activist press. That’s how it started out.”

On the other hand, the even-tempered Rolark-Barnes is known for her mild manner and deliberate leadership style. She says she and NNPA President Benjamin Chavis have spent the past two years solidifying the infrastructure of the organization including its staffing and digital components, which she said was a crucial mission as the Black press approaches a third century. Building national advertising must be undergirded by a strong infrastructure, she says, “The two go hand-in-hand.”

Rolark-Barnes said, due to the lack of proper staffing and operations, NNPA had even suffered the loss of some of its historic documents. “It was really important to bring all that back in and set it up properly and make sure that when we make commitments, even to our publishers, that we can fulfill those commitments. In order to grow national advertising, we had to have an infrastructure.”

Leavell says she has sent a letter directly to the publishers outlining her vision and agenda. Rolark-Barnes has posted a video message to the organization’s members, outlining the successes and goals of her administration.

The dueling qualifications of Leavell and Rolark-Barnes are well-documented. Both of their award-winning newspapers are more than 50 years old and the legacies and achievements of both women are featured in The HistoryMakers, an online oral history collection of distinguished African-Americans, now featured in the Library of Congress.

“It certainly shows stability,” says Wilson, a former board member of the NNPA Foundation. “I think over all this is a good sign that the Black press still exists” in various forms – the hard copy newspapers, and those that have reverted to online publishing. I think that’s a good sign of progress.”

Wilson also noted progress in the fact that an institution started by two men now has two women contending for leadership. He was speaking of John Brown Russwurm and Samuel Eli Cornish, who together founded the first Black newspaper, Freedom’s Journal on March 16, 1827.

The popular quote from their first editorial is known well to Black press enthusiasts: “We wish to plead our own cause. Too long have others spoken for us. Too long has the publick been deceived by misrepresentations, in things which concern us dearly.”

Wilson concludes that one thing is clear. That is the void that still must be filled by the Black press. “There is a challenge to all newspapers right now in this high tech era,” he said. But the most important thing, looking back over the past 190 years. That is that the need is the same…Clearly, Black people have a continuing and ongoing need for the news that they can rely upon that is representative of the community and that has the community’s interest at heart.”