Guest Editorial – Community College of Philadelphia: Why are they willing to hurt students? Why are they striking? 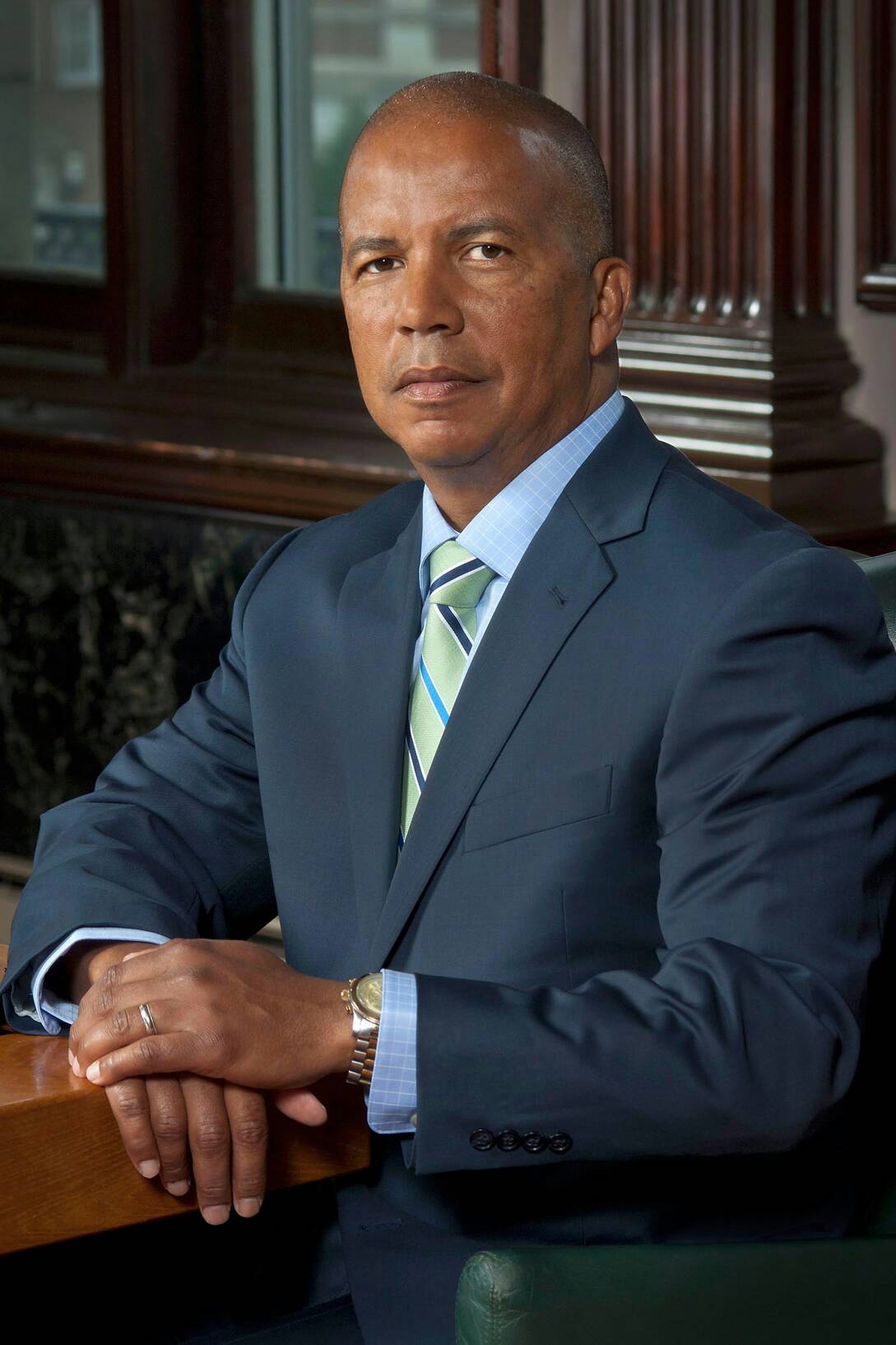 The Faculty and Staff Federation of Community College of Philadelphia (“the Union”) took a “strike authorization vote” on February 19-25, 2019.  According to the Union leadership, 91 percent of those who voted agreed to give the Union the authority to call a strike vote. The Union has also announced that it intends to call an actual “strike vote” on March 27, 2019 — less than one month before the end of Spring semester classes.  This is intended to delay the end of the Spring semester and disrupt the planned May 4, 2019 commencement. These steps are not a surprise since the Union leadership has conducted a full-scale campaign to encourage the strike with the associated chaos. The Union leadership’s efforts include a letter writing campaign, flooding the campus with fliers that distort the facts and, perhaps most shameful, soliciting students to support them and disrupting classroom instruction. The Union’s untenable argument for exploiting students is that student success is only possible when the Union has its way.  So there are two questions that must be answered: (a) why is the Union calling for a strike? and (b) why are they (the Union leadership) willing to hurt students?

Why is the Union calling for a strike?

Despite a three- year attempt to come to an agreement, the Union insists that the current proposals from the College administration — the Best and Final Offer – is unreasonable and calls for a ridiculous workload – teaching 15 hours per week instead of 12 hours per week for two 15 – week semesters. Really? It’s the same workload required of virtually all community college faculty in the country. The rare exceptions are usually community colleges that require the faculty to conduct research. And, the College administration’s offer comes with a compensation increase of $9,900.  The College administration’s offer will place full-time faculty among the highest compensated community college faculty – if not the highest — in the Commonwealth of Pennsylvania. Additionally, the workload proposal is grandfathered, which means only those who choose to accept the offer will have to teach the two extra courses – one in the fall and one in the spring.  The new workload will be required for all new faculty, but it comes with the highest starting salary in the region. According to the Union leadership, they have members living in poverty who need to apply for welfare. So why are they willing to turn down salary increases of 10 percent over the next 18 months (4.55 percent immediately, another 2.65 percent as of September 1, 2019 and another 3.0 percent on September 1, 2020). Why are they turning down the family sustaining minimum wage of $15 per hour offered to the lowest paid classified employees — along with over $30,000 in family health benefits?  What are they striking for?

The College administration is looking for modest reforms that will set the College on the path toward long-term financial stability while enabling the College to better serve students and provide a talented workforce for the City’s businesses and industries. Healthcare costs continue to rise and the impact affects everyone. While employees at CCP have long enjoyed free healthcare, that cannot be sustained in today’s economy. The College administration’s proposal phases in employee contributions – according to salary – beginning with $14.77 per paycheck for family healthcare coverage for those earning $40,000-$60,000 per year up to $40.62 per paycheck for family coverage for those earning over $100,000 per year.  Anyone making less than $40,000 will continue to enjoy free healthcare benefits. The total average employee contribution towards healthcare benefits will increase moderately in the final year of the contract.  With family healthcare premiums over $34,000, this package will continue to be among the best offered by an employer to its employees in the Commonwealth of Pennsylvania. By the way, in an effort to offset the contribution, the College will provide a onetime payment of $200 during the first year of required contributions.

Beyond healthcare, the College administration is looking to eliminate the pre-retirement (50 percent) workload option.  Currently, any faculty member who is 55 years of age with 10 years of service is allowed to reduce their workload and salary by half while continuing to receive all full-time health benefits. They never have to return to the College as a full-time teacher nor do they have to give up their full-time benefits.  This provision hurts the institution and students in many ways – it is extremely expensive and permits faculty who are not committed to working full-time to hold full-time faculty spots indefinitely.  It also hurts the institution’s efforts to diversify its teaching faculty. There are 28 individuals taking advantage of this provision today and currently one-half of the entire full-time faculty are eligible for the benefit. The College will continue to offer the three-year, pre-retirement step-down provision for those seeking to retire at a more normal retirement age of  66. That provision allows faculty to slowly reduce their teaching load while preparing for an eventual retirement.

Finally, and perhaps the most important reform effort sought by the College, is to gain greater flexibility in developing programs to serve the workforce needs of the business community. The College has been limited in the ability to meet those needs due to contract rules that were put into place in the 1970s and 80s. This was a time when the College was primarily a traditional transfer institution. Now, the College is expanding its program offerings to provide short-term non-credit certificates; corporate contracts and customized training. This is what the business community has called for; it is consistent with the Mayor’s initiative to increase Philadelphia’s Talent Pipeline and more importantly it represents the 21st Century education and training model for community colleges.

The College has multiple other employee benefits. The College contributes 10 percent of full-time employees’ base salary and 5 percent of part-time employees’ wages to their 403(b) retirement plans, and offers tuition remission (free classes at CCP enjoyed by all employees, their spouses and dependents); a fully paid sabbatical-leave for full-time faculty; four day work weeks from May through August; professional development and travel opportunities; lucrative tuition reimbursement in the form of forgivable loans for employees studying at other accredited institutions; unlimited sick days for full-time faculty; and the list goes on. Draconian? I don’t think so.

The Union counseled its members to engage in a partial strike for the past 2½ years when it instructed its members to cease performing assessments of student learning outcomes. As found by a Pennsylvania Labor Relations Board Hearing Examiner, since the fall of 2016, rather than negotiate in good faith, the Union leadership called for, and engaged in, activities that hurt the institution, violated the public’s trust and potentially hurt students. The Union leadership’s directive to withhold the work they are required to do relating to the assessment of student and program learning outcomes ran the risk of interfering with CCP’s ability to provide financial aid for students. Over 73 percent of our students rely on financial aid to pay for their tuition. Despite being condemned for their actions of the past 2 ½ years, they are preparing to once again take an action that will hurt students. This time it is likely to hurt students even more.  While the Union may have the legal right to strike, do they have the moral right to damage the dreams of those who have sacrificed and worked so hard?

The students expecting to graduate on May 4 have the realization of their dreams in sight. They and their families and their communities have pursued this journey and they should not have their goals disrupted or their dreams deferred.  Many of them have jobs lined up; some will receive promotions with the promise of their degree; and many will prepare to transfer to four year institutions. That graduation date has been on the calendars of the nearly 2,000 students expected to graduate for months if not years. In many cases families have purchased tickets for the grandparent or great-grand parent looking forward to seeing the first member of their family receive a college degree.

The question stands: why is the Union willing to hurt students and families; why are they striking?

Guest Editorial: On race and place, Philadelphia must play by the rules