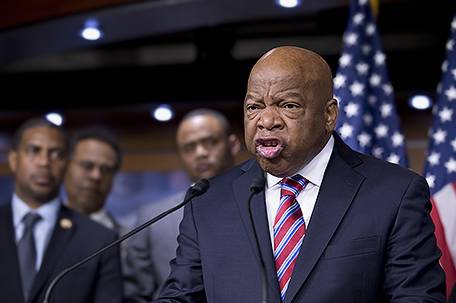 ATLANTA — A group of politicians and community activists say they’re concerned with nominees chosen by President Barack Obama to serve in the state’s federal courts.

A spokeswoman for Democratic U.S. Rep. John Lewis says the group feels Obama’s nominees to serve in the Northern District of Georgia and in the 11th Circuit Court of Appeals don’t reflect the area’s diversity, and were chosen with little public input.

The coalition is staging a press conference at 11 a.m. Monday at Ebenezer Baptist Church.

The group’s leaders also say they’re concerned with some of the nominees having advocated to keep the Confederate battle emblem as part of the state flag, and for the state to adopt stricter voter ID laws.

The group said only one minority was among the Obama administration’s Georgia federal court nominees.