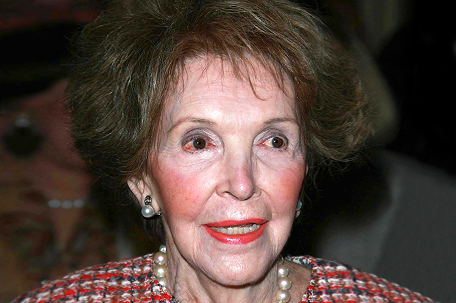 LOS ANGELES — Nancy Reagan, the helpmate, backstage adviser and fierce protector of Ronald Reagan in his journey from actor to president – and finally during his 10-year battle with Alzheimer’s disease, has died. She was 94.

Her best-known project as first lady was the “Just Say No” campaign to help kids and teens stay off drugs.

In announcing his Alzheimer’s diagnosis in 1994, Reagan wrote, “I only wish there was some way I could spare Nancy from this painful experience.” Ten years later, as his body lay in state in the U.S. Capitol, Mrs. Reagan caressed and gently kissed the flag-draped casket.

She met Ronald Reagan in 1950, when he was president of the Screen Actors Guild and she was seeking help with a problem: Her name had been wrongly included on a published list of suspected communist sympathizers. They discussed it over dinner, and she later wrote that she realized on that first blind date “he was everything that I wanted.”

They wed two years later, on March 4, 1952. Daughter Patti was born in October of that year and son Ron followed in 1958. Reagan already had a daughter, Maureen, and an adopted son, Michael, from his marriage to actress Jane Wyman.

The Reagan I remember

Reagan was no friend of Blacks