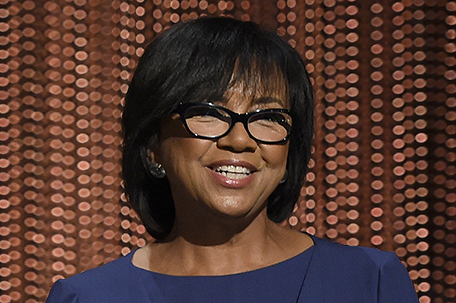 When the Oscar nominations revealed a second consecutive year of all-white acting nominees, it lit a fire under film academy President Cheryl Boone Isaacs, the first African-American to lead the organization.

“I really was disappointed,” she said after the Jan. 14 nominations.

That disappointment — and the firestorm of criticism that followed — spawned action. Last Friday, Boone Isaacs announced sweeping reforms to the organization that include doubling the number of female and minority members by 2020 and adding new governors to its leadership board.

The academy now aims for women to comprise 48 percent of its approximately 6,000 members and “diverse groups” at least 14 percent as an initial step. Its 51-member board of governors voted unanimously for the changes, which also include limiting members’ voting rights to 10 years and expanding recruitment outreach globally.

Boone Isaacs said she is ready to embrace “any and all ways we can increase the conversation about storytelling and how to bring more diverse voices in storytelling into the marketplace.”

The Academy of Motion Picture Arts and Sciences had been working internally to diversify its membership for several years before the “OscarsSoWhite” hashtag trended on Twitter following the all-white slate of acting nominees last year, she said. The organization invited 322 new members to join last year, with an emphasis on women, young people and people of color. The new inductees also included a record number of international filmmakers, she said.

But when last week’s all-white acting nominees were announced, Boone Isaacs and her academy colleagues realized it was not enough.

“We all kind of looked at each other and said, ‘We need to step this up,’ “ she said. “That was really important. It needs to be timely. There’s a lot of conversation out there. We need to get out there with what we’ve been talking about internally, but now we have to put it into action. So that is what we did.”

Boone Isaacs said she expects the three new seats on its governing board to be filled in the next few weeks.

Other approved academy changes include limiting members’ voting status to a period of 10 years, to be extended only if the individual remains active in film during that decade. Lifetime voting rights will be granted only to Academy Award nominees and winners, and to members after three 10-year voting terms. Previously, all active members received lifetime voting rights.

Actor-director Don Cheadle applauded the move, but also said it deals with the symptom rather than the cause.

“(This) has to do with inclusion and access and the ability of people of color, women, minorities to get entry-level positions where you can become someone who can greenlight a movie,” he said in an interview with The Associated Press. “So until the product that’s being spit out is created at a point where there is more diversity, I don’t know that these changes will substantively affect much.”

Boone Isaacs, though, hopes changes at the academy will spread through the Hollywood community and into studios’ executive offices.

“This conversation is penetrating everywhere, and that’s the good thing,” she said. “Certainly right now there’s a lot of focus on the academy. But the industry as a whole is listening.”

Ava DuVernay, director of last year’s best picture-nominee Selma, tweeted that the changes were “one good step in a long, complicated journey for people of color and women artists.”