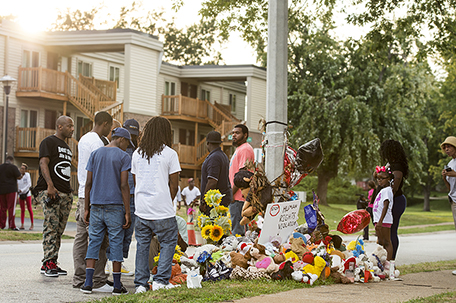 Legislators in nearly every state this year proposed measures stemming from the Aug. 9 fatal shooting of Michael Brown, an unarmed black 18-year-old who had scuffled with a white Ferguson officer. Brown’s death triggered large protests and repeated clashes between heavily armored police and protesters.

An Associated Press analysis identified at least 40 measures passed by 24 states that addressed issues highlighted by the events in Ferguson. Here’s an overview of some of those measures:

Sixteen states passed measures this year addressing officer-worn cameras that can record interactions with the public. Those measures varied greatly. Some states, such as Arizona and Louisiana, merely created committees to recommend policies on how the cameras should be used. Other states, such as Illinois and Oregon, passed laws setting statewide standards for when police must turn on the cameras and how long the videos must be kept. States such as Colorado, Connecticut, South Carolina and Texas approved grant programs to help local agencies purchase the cameras. Florida, North Dakota and Oklahoma were among the states limiting public access to some body-camera videos.

Several states, including California and Oregon, affirmed the right of citizens to take videos of law enforcement officers performing their jobs. Measures passed in Colorado and Connecticut could hold police agencies civilly liable for interfering with citizens taking videos. 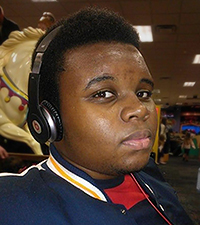 A bill passed in Illinois bars police from using chokeholds unless deadly force is justified — a reaction to the July 2014 death of Eric Garner after being placed in a chokehold by a New York City police officer. But few states attempted to make changes to policies on when deadly force by police is justified. Missouri’s deadly force statute doesn’t appear to comply with the terms of 1985 U.S. Supreme Court ruling, yet legislation to change that law died on the final day of the session.

About a half dozen states passed measures dealing with investigations of cases in which police kill, injure or use force against civilians. Bills passed in Connecticut, Illinois and Utah require outside investigations, and a Colorado bill mandates a multi-agency investigation. New York’s governor directed the attorney general to appoint special prosecutors when police kill unarmed civilians. A California bill bars grand juries from handling cases involving police use of force, meaning prosecutors would have to present evidence in preliminary court hearings that are open to the public.

Several states passed measures reining in the ability of local police to acquire former military equipment. A Montana bill, for example, bars the acquisition of armored military vehicles and requires public notice before buying other military equipment. A New Jersey bill requires approval from a local governing body before police can acquire Defense Department equipment, but Gov. Chris Christie vetoed a separate bill that also would have required the state attorney general to approve such purchases.

More than a half dozen states passed bills addressing racial biases or profiling by police. Colorado, Connecticut and Illinois all approved measures requiring training on bias-free policing. Bills in Oregon and Tennessee require local policies against racial profiling, and Maryland and Rhode Island approved bills requiring racial demographic data on subjects to be collected and reported.

“As it prepares to mark a year since Mr. Brown’s death this Sunday, Ferguson, a mostly black community of 21,000 in the patchwork of suburbs north of St. Louis, remains very much a halting work in progress. In recent months, it has taken steps toward repairing racial scars, rebuilding its battered commercial areas and diversifying its once white-dominated government,” she writes.

“Yet like so much that was exposed a year ago, Ferguson remains divided — this time between those who think its progress is real, and those who believe that little beyond the superficial has changed.”