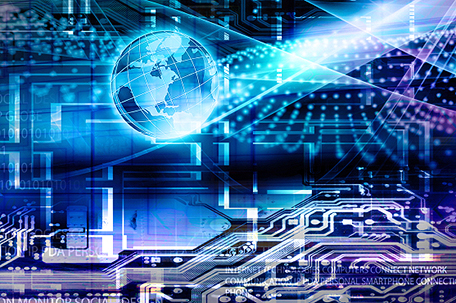 By Tali Arbel and Barbara Ortutay

In a vote along party lines, the federal government has ended sweeping net-neutrality rules that guaranteed equal access to the internet.

The Thursday vote at the Federal Communications Commission will likely usher in big changes in how Americans use the internet, a radical departure from more than a decade of federal oversight. The move not only rolls back restrictions that keep broadband providers like Comcast, Verizon and AT&T from blocking or collecting tolls from services they don’t like, but bars states from imposing their own rules.

The broadband industry promises that the internet experience isn’t going to change, but its companies have lobbied hard to overturn these rules. Protests have erupted online and in the streets as everyday Americans worry that cable and phone companies will be able to control what they see and do online.

That growing public movement suggests that the FCC vote won’t be the end of the issue. Opponents of the move plan legal challenges, and some net-neutrality supporters hope to ride that wave of public opinion into the 2018 elections.

FCC Chairman Ajit Pai, a Republican who said his plan to repeal net neutrality will eliminate unnecessary regulation, called the internet the “greatest free-market innovation in history.” He added that it “certainly wasn’t heavy-handed government regulation” that’s been responsible for the internet’s “phenomenal” development.

“What is the FCC doing today?” he asked. “Quite simply, we are restoring the light-touch framework that has governed the internet for most of its existence.”

Under the new rules, the Comcasts and AT&Ts of the world will be free to block rival apps, slow down competing service or offer faster speeds to companies who pay up. They just have to post their policies online or tell the FCC.

Commissioner Mignon Clyburn, a Democrat who was appointed by President Barack Obama, lambasted the “preordained outcome” of the vote that she says hurts people, small and large businesses, and marginalized populations. She outlined her dissent from prepared remarks before the vote.

The end of net neutrality, she said, hands over the keys to the internet to a “handful of multi-billion dollar corporations.”

With their vote, the FCC’s majority commissioners are abandoning the pledge they took to make a rapid, efficient communications service available to all people in the U.S., without discrimination, Clyburn said in her dissenting remarks before the vote.

What is Net Neutrality and why does it matter