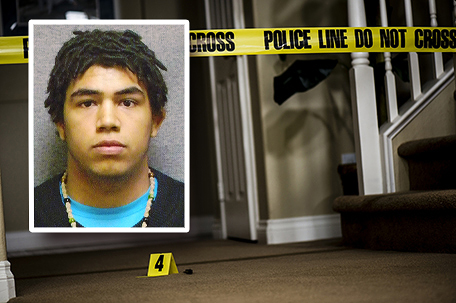 MADISON, Wis. — The fatal shooting of an unarmed black 19-year-old by a white police officer, who authorities say fired after he was assaulted, prompted protesters Saturday to take to the college town’s streets with chants of “Black Lives Matter.” The city’s police chief said he understood the anger, assuring demonstrators his department would defend their rights as he implored the community to act with restraint.

Tony Robinson died Friday night after being shot in his apartment following a confrontation with Officer Matt Kenny, who had forced his way inside after hearing a disturbance while responding to a call, authorities and neighbors said.

Madison Police Chief Mike Koval said Kenny was injured, but didn’t provide details. It wasn’t clear whether Robinson, who died at a hospital, was alone.

“He was unarmed. That’s going to make this all the more complicated for the investigators, for the public to accept,” Koval said of Robinson. The department said Kenny would not have been wearing a body camera. 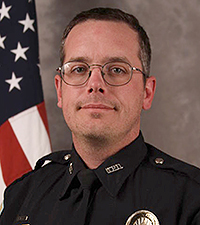 Several dozen protesters who gathered outside the police department Saturday afternoon held signs and chanted “Black Lives Matter” — a slogan adopted by activists and protesters nationwide after recent officer-involved deaths of unarmed blacks — before walking toward the neighborhood where the shooting took place.

The shooting came days after the U.S. Justice Department said it would not issue civil rights charges against Darren Wilson, the white former Ferguson, Missouri, officer who fatally shot 18-year-old Michael Brown, who was black and unarmed, after a struggle in the street last August.

Federal officials did however find patterns of racial profiling, bigotry and profit-driven law enforcement in the St. Louis suburb, which saw spates of sometimes-violent protests in the wake of the shooting and a grand jury’s decision not to charge Wilson.

Other high-profile deaths of black suspects at the hands of police officers have prompted nationwide protests, including that of Eric Garner, who died in July after New York City officers put him in a chokehold and a video showed him repeatedly saying, “I can’t breathe.” A Cleveland police officer in November fatally shot 12-year-old Tamir Rice, who had been pointing a pellet gun at a playground. A Milwaukee police officer who fatally shot Dontre Hamilton last April was found to have acted in self-defense, but was fired for ignoring department policy regarding mental illness.

Koval struck a conciliatory tone Saturday while addressing the potential for more protests in Madison, saying he understood the community’s distrust after “this tragic death.”

“For those who do want to take to the street and protest,” Koval said, his department would be there to “defend, facilitate, foster those First Amendment rights of assembly and freedom of speech.” The promise echoed as a stark contrast to Ferguson, where an aggressive police response to protesters after Brown’s death drew worldwide attention.

Koval also asked protesters to follow what he said was the lead of Robinson’s family in asking for “nondestructive” demonstrations.

The chief said he had gone to Robinson’s mother’s house overnight and spoken with his grandparents and expressed sympathy to his family Saturday, saying, “19 years old is too young.”

“I can’t even compute what has happened,” Irwin’s statement said. “I haven’t even had a chance to see his body.”

Koval said Kenny, a more than 12-year veteran of the Madison department, also shot and killed a suspect in 2007, but was cleared of wrongdoing because it was a “suicide by cop-type” situation. In that shooting, Kenny responded to a 911 call of a man with a gun and shot the man twice after police said he pointed the gun at officers. It turned out to be a pellet gun.

A picture of Kenny on the Madison department’s website shows him with a police horse he trains, alongside a short first-person bio in which he says he served nine years in the U.S. Coast Guard before joining the department.

Kenny has been placed on administrative leave pending results of an investigation by the state’s Division of Criminal Investigation.

A 2014 Wisconsin law requires police departments to have outside agencies investigate officer-involved deaths after three high-profile incidents within a decade — including one in Madison — didn’t result in criminal charges, raising questions from the victims’ families about the integrity of investigations.

Madison, about 80 miles west of Milwaukee, is the state capital and home to the University of Wisconsin’s flagship campus. About 7 percent of the city’s 243,000 residents are black. Neighbors said Robinson’s apartment is in a two-story gray house on Williamson Street, known to many as Willy Street.

Chief Koval said police responded to a call about 6:30 p.m. Friday of a person jumping into traffic. A second call to police said the man was “responsible for a battery,” Koval said.

Kenny went to an apartment and forced his way inside after hearing a disturbance. Koval said the officer fired after being assaulted by Robinson; Koval said he couldn’t say how many shots were fired because it is part of the investigation.

One of Robinson’s neighbors, Grant Zimmerman, said Robinson would run between his apartment and his roommate’s mother’s house across the street “all the time, even in the middle of traffic.”

Wisconsin’s online courts database shows that Robinson, a 2014 graduate of Sun Prairie High School, pleaded guilty to felony armed robbery in October and was sentenced in December to three years’ probation. A police report said he was among four teenagers arrested in a home invasion in which the suspects were seen entering an apartment building with a long gun. They ran with electronics and other property and three of the four were captured. A shotgun and a “facsimile” handgun were recovered, according to the report.

Koval declined to discuss Robinson’s background Saturday, saying he thought it was inappropriate.

“I’m not here to do a character workup on someone who lost his life less than 24 hours ago,” Koval said.

A neighbor, Doris King, told the Wisconsin State Journal she asked Robinson about his involvement in the robbery because it seemed out of character for him.

“He felt he was under a lot of pressure from the others to do what he did,” she told the newspaper. “He told me he would never do anything like that again.”

Williamson Street appeared quiet Saturday evening. At least one Madison Police officer stood in front of the building where the shooting took place.