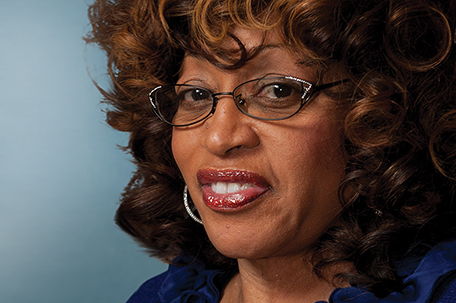 JACKSONVILLE, Fla. — A federal judge in Florida has sentenced former U.S. Rep. Corrine Brown to five years in prison, followed by three years of probation, for fraud and other charges related to a purported charity for poor students that she used as a personal slush fund.

The sentence was handed down in Jacksonville on Monday morning. The 71-year-old Brown will be allowed to turn herself in no earlier than Jan. 8.

Prosecutors argued Brown, who served in Congress for 24 years before losing her reelection bid in 2016, received $141,000 in cash through the charity One Door for Education and her campaign committee, The Florida Times-Union in Jacksonville reported.

Brown, who was also sentenced to three years of supervised release, will report to prison no earlier than Jan. 8.

The Democrat served a Florida district that included Jacksonville during her historic, nearly 25-year career.

She was convicted by a federal jury in May on 18 of the 22 charges against her, which included fraud, lying on her tax returns and on her congressional disclosures.

Source: The Hill contributed to this report.

Ex-congresswoman may spend rest of life in prison for fraud

Mortgage officials sentenced to federal prison and fined for fraud