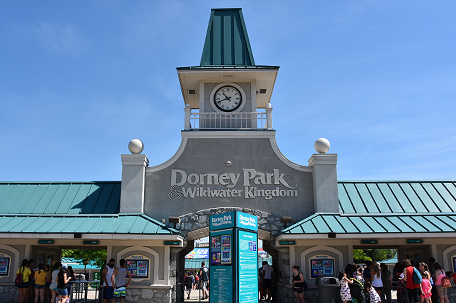 A Pennsylvania amusement park has settled a lawsuit filed by a Black Philadelphia man who said security officers racially profiled him, saying he matched the description of a pickpocket, then escorted him out even after it was determined he wasn’t the suspect.

The lawsuit was filed in June on behalf of Benjamin Slater, a special-education teacher from the city’s East Mount Airy section.

A letter from Slater’s attorney to U.S. Magistrate Judge Henry Perkin in February indicated Slater had sought $1 million but was willing to settle for $500,000.

A spokeswoman for Dorney Park said the company wouldn’t comment on the settlement.

Slater told The Inquirer last year that he was approached by a security officer after getting off a roller-coaster and was asked to empty his pockets.

After he did so, Slater said, the officer told him he resembled someone who had been going through purses and bags, and he was later escorted out and banned from the park for six months.

Dorney Park, about 60 miles north of Philadelphia, is owned by Cedar Fair, based in Sandusky, Ohio.