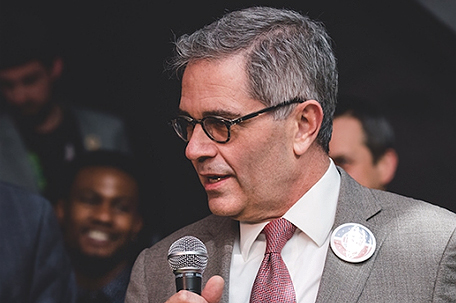 “After several hours of deliberation over two days, a Philadelphia jury has found Michael White guilty of the crime of tampering with evidence in order to conceal his role in the death of Sean Schellenger.

The jury also acquitted Mr. White of other charges, including Voluntary Manslaughter, after this office rejected higher homicide charges that I determined were inappropriate to pursue as our investigation continued and gathered new information.

Simply put, we followed the facts and the law in seeking justice. And we respect the verdict of the jury in this factually and legally complex case.

I am proud of our Assistant District Attorneys Voci and Dandy, who presented the case skillfully, ethically, and appropriately for what it was: A case about two unique individuals.

This Office remains committed to individual justice, which rejects using people as symbols or stereotypes to serve any other agenda.

My heart goes out to family and friends of Sean Schellenger, whose pain and trauma are evident even today, and to everyone else who has been affected by this tragedy.”