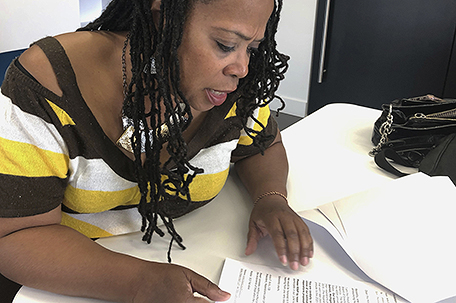 DETROIT — The city of Detroit will put together a commission to consider some form of reparations for residents. More than 80% of residents who cast ballots in last Tuesday’s general election voted in favor of a proposal to form the commission that will recommend housing and economic development programs for the majority Black city.

The destruction of historically Black neighborhoods in the name of urban renewal, and discriminatory lending and rental practices aimed to keep Blacks out of what then were mostly white neighborhoods are some reasons why reparations are needed in Detroit, according to Anita Belle, president of the Detroit-based Reparations Labor Union.

“We don’t have to go back to the 1800s to find things that were done wrong to Black people,” Belle said.

Detroit now joins other U.S. cities that are mulling some form of repayment to descendants of African slaves.

In Boston, a City Council Committee on Civil Rights heard last month how the city can approach the issue.

The San Francisco Board of Supervisors voted earlier this year to appoint an advisory committee on reparations. The City Council in Evanston, Illinois, has voted on paying reparations to eligible Black households.

Forming a commission is a start, but action also is needed, said Belle, a Detroit grassroots activist who founded the Reparations Labor Union in 2013.

She said houses owned by the Detroit Land Bank can be used as reparations to families who lost their homes due to tax foreclosures, and taxes from recreational marijuana sales could be used to pay for forms of reparations.