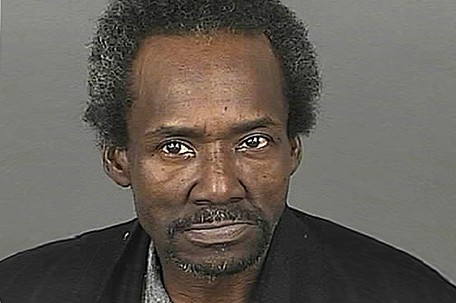 This undated photo provided by the Denver Department of Safety shows Marvin Booker, a homeless Denver street preacher. Jury selection gets underway Monday, Sept. 22, 2014, in the civil trial for five Denver sheriff’s deputies accused of causing the 2010 death of Booker in the downtown jail. Booker died after deputies shocked him with a Taser after he was handcuffed, put him in a sleeper hold and lay on top of him. (AP Photo/Denver Department of Safety)