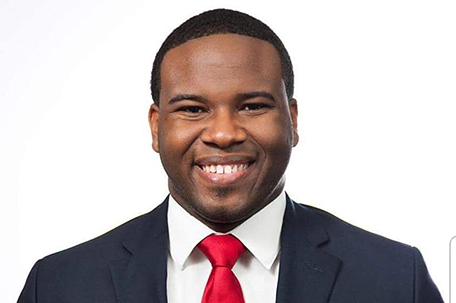 The off-duty Dallas police officer who mistakenly walked into the wrong apartment, believing that was where she lived before shooting and killing Botham Shem Jean, the tenant, has been identified as Amber Guyger, the Dallas Morning News and social media are reporting.

Amber Guyger, a Dallas police officer, who entered the wrong apartment, mistakenly believing it was  where she lived before and shooting and killing the actual tenant, was arrested Sunday and charged with manslaughter. Guyger, 30, was released on $300,000 bond.

Dallas Police Chief U. Renee Hall said the Texas Rangers are in charge of the investigation,  and they have asked the DPD to refrain from charging Guyger until they finish questioning her. The Dallas Police Department wants to charge her with manslaughter. 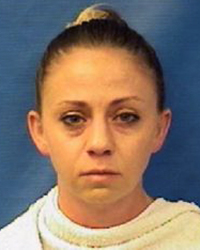 Guyger, a four-year veteran of the police department, was wearing her police uniform after having completed her shift. She went to the wrong apartment and  attempted to open the door, which would not open. The 26-year-old Jean heard the commotion and opened the door.

Guyger, believing he was a burglar, shot him. It is not known if any words were exchanged between the two or if Guyger just had a visceral reaction when she saw a black-male face staring back at her. Allison Jean, Botham’s mother, wondered if race played a role in the deadly shooting. “If he had been a white man, would things have turned out differently?”she asked.

It was only after emergency medical technicians arrived that Guyger realized she was in the wrong apartment. Jean was pronounced dead at Baylor Medical Center.

Social media said Guyger and Jean knew each other. A photograph of Jean with several women is posted on Facebook, but Jean’s family lawyer said that none of the women is Guyger. The two did not know each other, he said. Police also confirmed the two weren’t  acquainted.

The Dallas Morning News reported that Guyger was involved in an earlier on-duty shooting incident when she shot Uvaldo Perez, 47, in 2017 after he wrestled away her taser. He was shot in the stomach and survived.

Jean, a native of St. Lucia, had been working as an intern in risk assurance for accounting at Pricewaterhouse Coopers, an international accounting and consulting firm with offices in Dallas. He was a 2016 graduate of Harding University, a private Christian liberal arts university in Searcy, Arkansas. He earned degrees in accounting and business systems. Jean was also a member of the school’s campus ministry.

Dallas West Church of Christ will hold funeral services for Jean on Thursday.