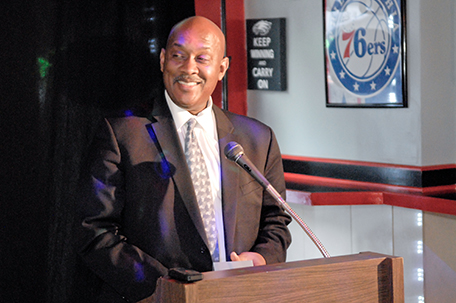 Duty calls, as the case for action grows

WASHINGTON, D.C.–Last week, Congressman Dwight Evans (D-2nd Dist.) signed on to the Strengthening and Clarifying the 25th Amendment Act,  which would provide for an alternative body to transmit a written declaration that the President is unable to discharge the powers and duties of office as outlined in the 25th Amendment of the U.S. Constitution.

This important piece of legislation merely provides, as the Constitution prescribes, a mechanism deeming that the term “other body” in Section 4 would consist of the Vice President, advised by a majority of the living former presidents and vice presidents.

Our nation faces, “…an Article I, Section I moment.” Over the past few months several prominent individuals have pointed out President Trump’s vulnerabilities:

•  Senator Bob Corker (R-Tenn.) stated the President could be leading our nation down a path to World War III.

•  Venture capitalist Tom Steyer called Mr. Trump a “clear and present danger to the republic” and has called on Democrats to pledge that they would seek to remove him from office if Democrats take back control of the Congress.

•  Republican Senator from Nebraska, Sen. Ben Sasse (R-Neb.), has openly questioned the President asking him, “Are you recanting of the Oath you took on January 20 to preserve, protect, and defend the 1st Amendment?”

•  Additionally, Antonio Guterres rebuked the President, when he said, “instead of closed doors and open hostility, we need to reestablish the integrity of the refugee protection regime and the simple decency of human compassion.”

“Right now there is real anxiety in each and every corner of our neighborhoods about President Trump’s intentions and actions,” Rep. Evans said. “I hear your anxieties and frustrations and I feel them, too. That is why I am proud to cosponsor my colleague Earl Blumenauer’s (D-Ore.) important bill that will provide much needed clarification of the powers of the President and the office he holds.”

“President Trump’s track record doesn’t lie,” Evans said. “One thing we can say about this President is that he is clear in his plan to distract our neighborhoods from what is really at stake. It’s time to put an end to all the negative tweets and distractions and focus on what really matters in our neighborhoods—quality jobs, good schools, a strong economy—which all help people and their families live longer, healthier lives.”