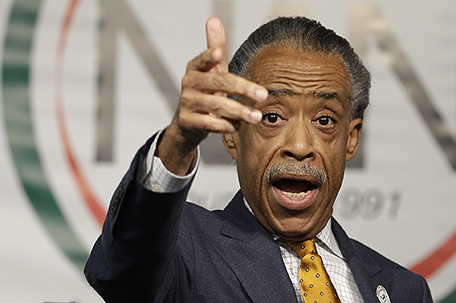 Last week, Comcast and Time Warner Cable were served with a lawsuit from a group of African-American media owners seeking $20 billion — yes, “billion,” with a “b” — for discriminatory practices, and alleges that Al Sharpton and his organizations received big money to look the other way.

The suit, filed by the National Association of African-American Owned Media (NAAAOM) and obtained by the The Hollywood Reporter, claims that despite touting itself as a diverse company, Comcast and TWC only carries one channel owned by a black media owner and refuses to carry any others. Furthermore, the diversity Comcast presents — including the hiring of minority personalities such as Sharpton, and including a “memorandum of understanding” they signed with the NAACP and Sharpton’s National Urban League — is “a sham, undertaken to whitewash Comcast’s discriminatory business practices.”

The lawsuit specifically targets Comcast’s practices: so far, they argue, only one channel in Comcast’s lineup, The Africa Channel, is owned by a black person (and that person facilitated Comcast’s purchase of NBC Universal, “thus creating a serious conflict of interest”). And speaking of that purchase, the suit alleges that Comcast paid off Sharpton, an employee of MSNBC, to support that acquisition — specifically, to say that Comcast was an awesomely diverse company:

The lawsuit goes on to say that Comcast made large cash “donations” to obtain support for its acquisition. The money includes $3.8 million to Sharpton and his National Action Network. The money, it’s charged, was meant to pay Sharpton to endorse the NBCU deal and divert attention away from discrimination. As for Sharpton’s MSNBC gig, the complaint says, “Despite the notoriously low ratings that Sharpton’s show generates, Comcast has allowed Sharpton to maintain his hosting position for more than three years in exchange for Sharpton’s continued public support for Comcast on issues of diversity.”

In a statement to THR, Comcast said it was “disappointing that [NAAAOM] have decided to file a frivolous lawsuit” and that they planned to defend themselves. “We are proud of our outstanding record supporting and fostering diverse programming, including programming from African American owned and controlled cable channels,” they continued. “We currently carry more than 100 networks geared toward diverse audiences, including multiple networks owned or controlled by minorities.”

National Action Network so far has not given comment.

The Hollywood Reporter contributed to this article.