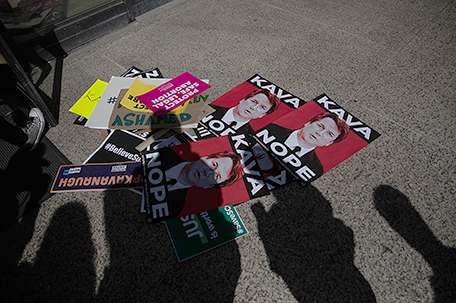 One party is now in full control of the federal government, the Rev. Al Sharpton said.

The NAACP urged voters to “harness our frustration and use our voices at the ballot box in November,” after the U.S. Senate confirmed Judge Brett Kavanaugh for the U.S. Supreme Court on Saturday in a largely party line vote. The conservative-dominate high court now completes the Republicans’ stranglehold on all three branches of the federal government.

In a sharply worded statement, the NAACP criticized the Senate’s Republican majority for hastily pushing through Kavanaugh’s confirmation despite serious concerns about the judge.

“The NAACP condemns this reckless and deeply partisan rush to confirm Kavanaugh after critical issues were raised about his integrity, temperament, impartiality, history of sexual assault, and judicial record,” Derrick Johnson, the NAACP’s president and CEO said in the statement. “There is far too much at stake for every community not to have fully reviewed this nominee for the highest court in the land who will chart our future for a generation.” 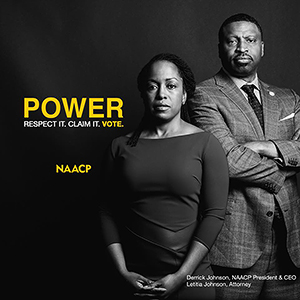 The U.S. Senate Judiciary Committee had paused the confirmation process on Sept. 28 for one week to allow the FBI to look into Christine Blasey Ford’s allegation that Kavanaugh sexually assaulted her when they were in high school. During the investigation, Democrats complained that the GOP directed the agency to conduct a very limited probe, as several other women came forward with allegations similar to Ford’s.

By Friday, the Republicans declared that the FBI had not found any corroborating witnesses. In a 50-48 vote, the Senate confirmed Kavanaugh, delivering a major victory for President Donald Trump and conservatives who have long coveted control of the U.S. Supreme Court.

“There is no check-and-balance in American government. You have one party now in total control of all three branches of government. You have a one-party rule system. The only thing that will break it up is if some folks come out and vote and at least turn the legislative branch around,” Rev. Al Sharpton, founder and president of the National Action Network, said on Saturday.

Civil rights lawyers raised concerns about what’s ahead, given Kavanaugh’s judicial record and the political bias he revealed during his confirmation hearing.

“It is hard to imagine how civil rights lawyers and those committed to fighting for equal justice under law will be able to appear before him and believe that they are getting a fair shot,” said Kristen Clarke, president and executive director of Lawyers’ Committee for Civil Rights Under Law.