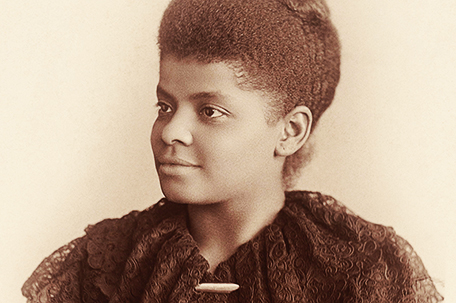 TUPELO, Miss. (AP) —  City officials in Mississippi have proposed to fully name a street after suffragette and civil rights icon Ida B. Wells-Barnett.

Wells-Barnett was posthumously awarded a Pulitzer Prize last week for her reporting on the lynching of African Americans during the Jim Crow era.

Now city council members in Tupelo are looking to change a street that uses the writer’s first name to encompass her full maiden name, the Northeast Mississippi Daily Journal reported.

If approved, the street will be transformed from Ida Street to Ida B. Wells Street. Councilwoman Nettie Davis said she proposed to modify the street name because not many people know the street was named after Wells-Barnett.

“I think it would be a motivating thing in the community to know that it’s named after an outstanding woman,” Davis said.

Wells-Barnett was born in Holly Springs, Mississippi, about 60 miles  northwest of Tupelo. She died in 1931 after pushing for women’s right to vote and starting organizations designed to help African Americans gain economic and political power.

The street’s name change in Tupelo is now going through the city’s approval process.

Sculpture honoring Ida B. Wells to be built in Chicago