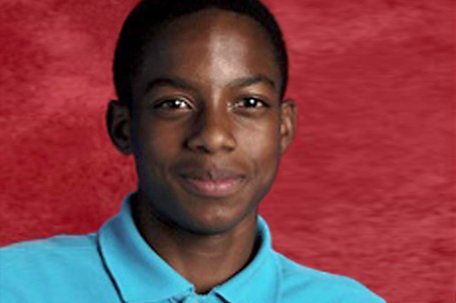 Police in suburban Dallas are acknowledging that a video showing an officer fatally shooting a black 15-year-old contradicts the department’s original account of the incident.

Balch Springs Police Chief Jonathan Haber said Monday that Jordan Edwards’ vehicle was driving away from officers – not reversing toward them – when the shooting happened.

Haber said he was troubled by what he saw in the video but wouldn’t release details other than to acknowledge he erred in describing the encounter.

According to the Atlanta Journal Constitution, Edwards was killed Saturday night as he and four other teenagers left the scene of a house party at the home of another teen. A neighbor had called police, saying he thought teenagers were drinking at the house.

Attorney Lee Merritt, who is representing Jordan’s family, said during an earlier press conference Monday that police were “offering facts that they believe paint a picture that would justify the unjustifiable.”

Merritt spoke as Jordan’s parents sat next to him, weeping quietly.

The attorney later told the Associated Press, “This has happened far too often. We are tired of making the same rhetorical demands, of having the same hashtags.”

Jordan’s community was devastated by his death: he was described as a popular high school freshman with a bright smile and a brighter future.

Jeff Fleener, football coach at Mesquite High School, has only been on the job for two months and doesn’t yet know the names of all 160 players on his teams. But he told the Dallas Morning News that Jordan, who played on the freshman squad, befriended him on his first day.

Fleener’s teams were to have their first day of spring practice Monday, but he called it off and had a team meeting instead.

“It was a hard, hard morning,” he told The Washington Post, “and one of those things they don’t ever prepare you for as a coach.”

The police chief called for time to let authorities complete their investigations. Haber wouldn’t identify the officer and didn’t release his race, but said he had been “removed from all duties” and placed on leave.  He has since been fired.

The officer was with the force for about six years, Dallas TV station WFAA reported.

An attorney for Edwards’ family told The Associated Press that the shooting brings to mind the high-profile deaths of other black people after police encounters that have sparked outrage and protest in recent years. He said that this case stood out for its “sheer recklessness.”

AJC contributed to this story.