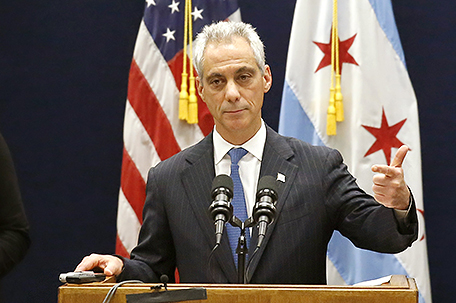 The federal lawsuit is expected to be filed Monday. A day earlier Emanuel said Chicago won’t “be blackmailed” into changing its values as a welcoming city.

Chicago officials say there are new qualifications for a grant requiring cities to share information with federal immigration authorities, which they allege are unconstitutional.

Chicago received over $2 million in such grants last year, which have been used for buying police vehicles.

Two law firms are helping Chicago with the case on a pro bono basis.