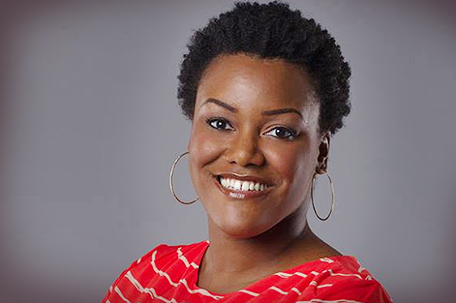 May 4, 2014 Category: Week In Review Posted by: Philadelphia Sun Staff

CHICAGO — A woman who had just attended a fundraiser for an anti-violence organization was shot to death in Chicago.  Thirty-two-year-old Leonore Draper was shot in the arm and chest inside a car in the West Pullman neighborhood on Friday night.  The Cook County Medical Examiner’s office says she died after being taken to Advocate Christ Medical Center in Oak Lawn.  Friends and relatives said she had just attended a fundraiser for a youth anti-violence organization called Project Orange Tree.

Draper was one of at least three people killed in Chicago since Friday evening. More than two dozen other people were wounded in shootings across the city.

The Chicago Sun-Times reported that Draper’s family members on Saturday said they were in shock and confirmed Draper had just attended A Charitable Confection, a fundraiser on the Near South Side to raise money for teen anti-violence group Project Orange Tree. The group was formed by King College Prep students after the shooting death of Hadiya Pendleton last year.

Draper’s brother Adrian Murrow called his sister extremely “outgoing” and “easy to get along.”

“She wasn’t the type of person that would ever try to mess you up ever. She was always trying to put a smile on your face,” Murrow said from his home in Houston.

Murrow said his sister often came to visit him, but he never had a chance to visit her Chicago home in West Pullman. He said she had lived in the neighborhood for a short time.

Draper was on the committee that organized Friday’s anti-violence event, according to Jocelyn Delk Adams, a friend and fellow organizer of the event.

She was also an employee of the Chicago Public Schools, serving as a budget analyst, CPS spokesman Joel Hood said.

On her Facebook page Friday, Draper reminded friends and family of the charitable event. She was also active with a charity raising awareness about the impact of HIV and AIDS on women.

Draper was also active in raising funds for multiple sclerosis in large part because her husband, Jason Draper, lives with the illness.

Authorities say that no witnesses have come forward and they do not believe Draper was the intended target.

Draper, who just turned 32 years old last month posted the following on Facebook on her birthday:

Thank you all for the birthday wishes. In my 32 years of living, I have been blessed with a wonderful husband, supportive friends and family, and beautiful weather in Chicago for my special day. What more could I ask for?