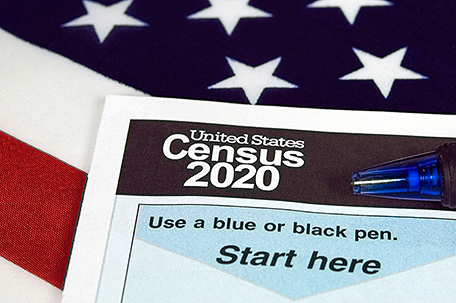 ALBUQUERQUE, N.M. — The 2020 Census will remain independent and will avoid political pressures amid uncertainty over how the bureau will question immigrants, U.S. Census Bureau Director Steven Dillingham said recently.

Dillingham told reporters in Albuquerque that U.S. Census workers would make sure states with high percentages of Latinos and Native Americans receive accurate counts. He also said bureau workers have taken a “lifetime oath” not to share private information and all residents should feel comfortable participating in the census next year.

His remarks come as the U.S. Supreme Court reviews a possible question about whether a person is a United States citizen.

They also come as some Latino and Native American activists have expressed concerns about how the Trump Administration will conduct the 2020 Census.

Dillingham said the bureau is staffed with career employees who don’t let politics dictate how they do their jobs.

“The workers will not let political pressures affect their job, whatsoever,” Dillingham said. “The culture of the Census dictates us to be impartial.”

Next year will mark the first time the survey is largely online. Lawmakers said they were wary of the new format after a March test by the U.S. Government Accountability Office revealed more than a thousand system weaknesses.

U.S. Sens. Martin Heinrich and Tom Udall, both Democrats, invited Dillingham to New Mexico to see the challenges the state faces in getting an accurate census with the new changes.

“We could lose hundreds of millions of dollars,” Heinrich said after Dillingham toured border communities and Los Lunas, New Mexico.

Still, Heinrich said he expressed confidence that Census workers would help ease fears of state residents to participate. He promised that New Mexico, a state with a stagnant population, would not lose one of its three U.S. Congressional seats.

Dillingham was in New Mexico for a bureau’s four-day tour of the state’s rural communities and the Navajo Nation.