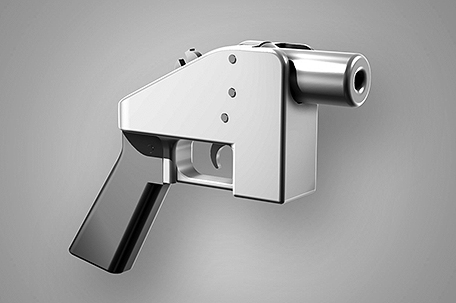 Washington, D.C. – U.S. Senator Bob Casey (D-PA), alongside a number of his Senate colleagues, filed legislation to block the online publication of blueprints that can be used to make fully functioning 3D-printed guns. The 3D Printed Gun Safety Act would make it illegal for anyone to intentionally publish a digital file online that programs a 3D printer to automatically manufacture a firearm. The move came just hours before Trump administration is going to allow people to start posting such blueprints online.

“3D-printed guns are untraceable, easily hidden and can bypass many of the security measures we have in place to prevent attacks in our communities,” said Senator Casey. “The fact that these weapons can be made at home by criminals and domestic abusers, bypassing our laws, is simply outrageous. There’s been too much inaction on the part of the Administration and congressional Republicans. Congress has a duty to present a solution and this legislation is just that.”

3D-printed plastic guns are fully-functioning firearms often made with resin or plastic using a 3D printer, making them virtually undetectable when carried through a metal detector or past security. In August 2016, Transportation Security Administration agents at the Reno-Tahoe International Airport found and confiscated a plastic gun from a passenger’s carry-on bag during screening. The gun, assembled using a 3D printer, was found loaded with five live .22 caliber bullets.

For years, the U.S. State Department has argued that allowing these blueprints for 3D-printed guns to be published online would violate federal export controls because the digital codes would help facilitate the manufacturing of weapons that can be accessed freely around the globe. Despite the State Department’s argument and a longstanding ban that has prohibited Americans from publishing such documents online, the U.S. Justice Department decided to abruptly settle a lawsuit earlier this month that will allow people to start posting blueprints for 3D-printed guns online starting Wednesday, August 1.

In 2013, Congress extended a ban on the sale, manufacturing or possession of these fully-plastic guns by requiring that all firearms contain at least 3.7 ounces of steel so they can be detected by a metal detector. In extending that ban, however, Congress did not mandate which parts of the gun had to be metal – creating a legal loophole that allows people to attach a small removable piece of metal to an otherwise fully-plastic gun. These detachable metal clips can often be easily removed before entering a security screening area and reattached again after to meet the law’s requirement.

In addition to Casey, this legislation is sponsored by over 20 senators including U.S. Senator Bill Nelson (D-Fla.).