Can Obamacare and welfare programs survive 2018? A lot hinges on the midterm elections. 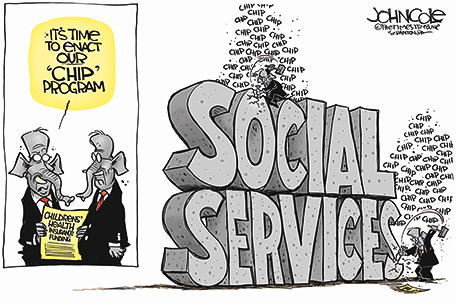 A lot hinges on the midterm elections.

Senate Majority Leader Mitch McConnell is not interested in another bruising battle over the Affordable Care Act in 2018, even though many conservatives want to continue to fight, NPR reported. As McConnell turns his attention to welfare reform, the future of Obamacare and entitlement programs depends not just on the outcome of the midterm elections, but also on how much pressure the Republican base can put on GOP lawmakers in the months leading up to the elections.

“Well, we obviously were unable to completely repeal and replace with a 52-48 Senate. We’ll have to take a look at what that looks like with a 51-49 Senate. But I think we’ll probably move on to other issues,” the majority leader said, signaling to an unwilling base that he wants to pursue Senate bipartisanship in 2018.

Obamacare survived the first year of GOP control of the White House and Congress. It’s holding despite the final blow in 2017: a crippling provision in the tax reform bill to eliminate the individual mandate. Despite the GOP’s best efforts, nearly 9 million people enrolled in Obamacare health plans for 2018. But conservatives are gearing up to try to complete the demise of President Barack Obama’s signature legislative accomplishment. Failing to repeal Obamacare in 2017 was a “big broken promise” that the Republican base will not forget, Jason Pye, the vice president of FreedomWorks, told The Hill.

Despite McConnell’s plan to adjust his agenda, the party’s base will use the midterm elections as leverage to pressure lawmakers. But preserving and improving health care continues to be a top concern for voters. If Democrats can ride the wave of discontent with the GOP on that issue, they can protect Obamacare. Meanwhile, the Republicans can also do some real damage to programs like Medicaid and food stamps in 2018. They will be emboldened in 2019 if the Democrats come up short in the midterm elections.