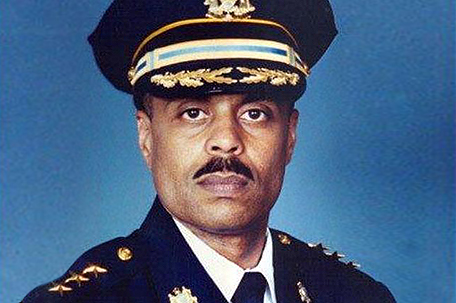 That something? For Philadelphia to be a world-class city, it needs to be safe. And Ross can help it get there.

“I’m glad that [Ross] is getting a shot at the title,” McNesby said. “I’m looking forward to working with him. We’re going to do a lot of good together.”

“I’m happy about this appointment,” Muhammad, a member of the Public Safety committee on Kenney’s transition team. “I’ve known Commissioner Ross for a number of years, and he’s a very level headed man. If we are going to make a world-class city, it has to be a world-class police force . . . and world-class relationship between the police and the community.”

At a news conference at the CBS-3 building on Spring Garden Street Wednesday, Kenney told the gathered media that looking any further than Ross for a new commissioner was unnecessary.

For his part, Ross has promised to continue the things that worked best under the tenure of Commissioner Ramsey, whom he described as a mentor and friend.

“I’m thankful to have served under him for the last eight years,” Ross said. “We’re basically passing the baton. I’m not going to reinvent the wheel. I’m going to build on what [Ramsey] has done.

Among the ways that Ross intends to do this is by enhancing the department’s Community Policing efforts. In addition to expanding the Body Cam pilot program to include more precincts, you may also see more police on the streets…literally, he said.

“You’re going to see more foot patrols,” Ross said. “That’s going to be a staple of our community policing efforts. Every new officer walks a beat.”

But what of the controversial stop and frisk program? During the Mayoral primary, Candidate Kenney promised to get rid of the practice of stopping mostly Black and Latino men at random. Right now, it’s something that’s being discussed as part of the transition, Ross said, but one thing that he wants to make clear to officers is that if you stop someone, you’d better have a good reason.

“You have to make stops where there is a reasonable suspicion,” Ross said. “That’s the law. The only thing that will be different is the messaging; that we constantly hammer what the law is, and that we continue to message out properly what we will and will not tolerate.”

Ross begins his tenure in January.