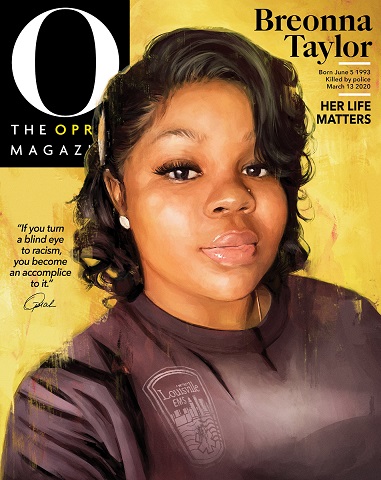 For the first time in 20 years, Oprah will not be featured on the cover of her magazine. Instead, Winfrey has placed Breonna Taylor on the cover in her place to bring attention to the tragic murder of Breonna.

“What I know for sure: We can’t be silent,” said Winfrey.

Winfrey made the announcement on Twitter and why she felt it important to speak out on the murder of Breonna Taylor.

“Plans for a future filled with responsibility and work and friends and laughter. I think about Breonna Taylor often. Imagine if three unidentified men burst into your home while you were sleeping. And your partner fired a gun to protect you. And then mayhem.

What I know for sure: We can’t be silent. We have to use whatever megaphone we have to cry for justice. And that is why Breonna Taylor is on the cover of O Magazine. The September issue honors her life and the life of every other Black woman whose life has been taken too soon.”