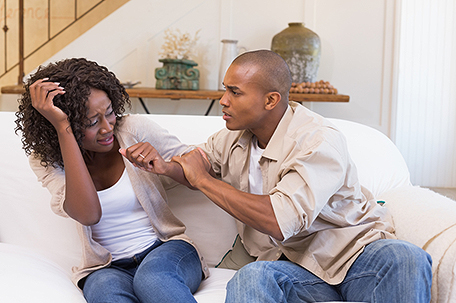 WASHINGTON – Black women were murdered at more than double the rate of White women in 2012 and almost all (92 percent) of these women knew their assailant, according a report titled, “When Men Murder Women” by the Violence Policy Center.

The annual study, now in its 17th year, “examines FBI data and “details the reality of homicides committed against females by single male offenders.” In homicide cases involving Whites and Blacks, most of the victims know their assailants.

According to the report, 11 times as many Black women were killed by a man they knew than by a stranger in 2012. More than half (56 percent) were married to or in relationships with the men who murdered them.

Tony Porter, co-founder and co-director of A Call to Men, believes that this statistic cuts to the heart of the problem.

“The vast majority of men are not violent; it’s the minority of men who are. While we as good men, well-meaning men, don’t hit, or abuse, or rape, or assault, we participate in a culture of manhood that allows the minority of men to perpetrate violence,” he said, adding that if women alone could end the violence in their communities, they would have already done so.

“If we can engage that majority of men to take this issue on, we might be able to have a much better chance of stopping and ending or putting a big dent in it.”

In addition to subconsciously acting on these beliefs, Black men often have the added layer of socioeconomic circumstances that that breed violence. Racial oppression, chronic joblessness, and income inequality, for example, can breed the hostility and desperation that lead to violence in Black communities.

“Where the value lessens, the violence increases. When we talk about induced self-hate, we’re talking about racial oppression. And when you concentrate poverty…when you put 6,000 financially poor people in a square four-block radius…you will have violence,” Porter said, adding that these things don’t excuse personal responsibility.

According to Avis Jones-DeWeever, a gender, race and class researcher and former director of the National Council of Negro Women, similar conditions make gender violence more severe for Black women. For starters, living in such areas of concentrated poverty means Black women have less access to services, or poor-quality versions of those services.

“It’s a huge problem, because we have particular cultural challenges that maybe are not addressed in other programs that are aimed at women in general,” she said. For example, Black women, among the most religious of all Americans according to data from the Pew Research Center, may be receiving messages from the pulpit that encourage them to keep their families together, no matter the cost.

She explained, “Black women understand that Black men might be at higher risk of fatal encounters with police…so they might be less likely than their White counterparts to report their abusers to the police.”

There’s also the matter of guns.

“The number of Black females shot and killed by their husband or intimate acquaintance (111 victims) was more than three times as high as the total number murdered by male strangers using all weapons combined (33 victims) in single victim/single offender incidents in 2012,” the report states, adding that 57 percent of all Black female homicide victims had been fatally shot.

Francine Jones-James of Duluth, Ga., owner of Bubbas Gun Sales, is one of the few women – and even fewer Black women – in the U.S. to hold a federal firearm license, which authorizes her to run background checks and conduct interstate transactions on customers’ behalf.

Most of Jones-James’ clients are Black men, who, like her husband, enjoy hunting and target practice.

“Individuals with a background of domestic violence, perpetrators, should be prohibited or restricted from purchasing a firearm,” said Jones-James, who also believes in universal background checks.

“Second, I believe women should learn how to properly use and store a firearm for self-protection. When being abused, a woman should consider all means of self-protection, including a firearm. However, she must learn the responsibilities of firearm ownership in her state.”

The report cites research that finds that women living with a gun in the home triple their chances of being shot and killed. It cites another study from Harvard School of Public Health that found that “hostile gun displays,” usually against women, may be even more common than gun-related homicides in the home.

Jones-DeWeever advises women in violent relationships to try to create a comprehensive escape plan and secretly save the money to execute it.

“What most people don’t understand is that when women do leave, that’s the most dangerous part of the relationship. Oftentimes when you hear on the news that somebody’s boyfriend has killed them, it’s because [the victim] has just left them or is about to leave them,” said Jones-DeWeever, who also serves on the board of directors for the National Network to End Domestic Violence.

“Leaving sometimes isn’t enough…you might need to be prepared to, frankly, start all over. As we’ve seen, unfortunately, many times having an order of protection is helpful, but it’s not going to save your life. It really requires developing a plan…it means connecting with your family, your friends, people you love and trust to help you do that.”

She also advises those who believe a loved is being abused try to maintain ties with the person, especially as the abuser attempts to isolate him/her; additionally, set aside money for the person, and let him/her know you can assist with an escape plan, financially and otherwise.

Jones-DeWeever said, “We need to think about ways in which the community, specifically, could take more responsibility around acknowledging the fact that our women and our girls are oftentimes in danger. We need to figure out ways in which we can be better about making sure that our girls, and the women in our communities can have a greater likelihood of living lives that are free of violence.”

Porter said, “What outrages me is how we as men still can live with the mindset that as long as it’s not me and mine…I don’t have any responsibility. Black men, our responsibility extends beyond our families, because we have a community of sons relying on us.”

He continued, “When we talk about prevention…how are we spending time with our sons and other boys? The more we promote and model healthy and respectful manhood, the more we decrease violence against women.”