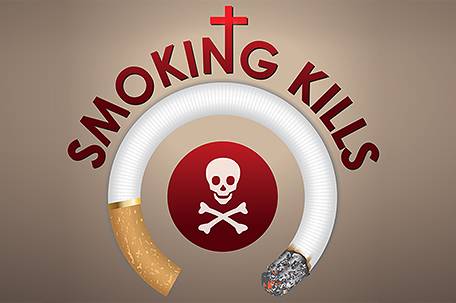 RICHMOND, Va. — Black media outlets want the nation’s tobacco companies to run court-ordered advertisements in their publications as part of a lawsuit charging that the industry lied about the dangers of smoking.

In a brief in the U.S. District Court in Washington, D.C., ahead of a Wednesday hearing in the case, the National Newspaper Publishers Association and National Association of Black Owned Broadcasters argued that the ads should be disseminated through their outlets because the black community has been disproportionally targeted by tobacco companies and harmed by smoking. The groups are asking the court to consider adding its outlets to the list of newspapers, TV stations and websites where the so-called corrective statements are to be published. The statements also are to accompany cigarette packages.

Also on Tuesday, Fox Broadcasting Corp. filed a brief with the court asking that the corrective statements also be aired on its network.

The statements are part of a case the government brought in 1999 under the Racketeer Influenced and Corrupt Organizations. U.S. District Judge Gladys Kessler ruled in that case in 2006 that the nation’s largest cigarette makers concealed the dangers of smoking for decades and ordered them to pay for corrective statements. The companies involved in the case include Richmond, Va.-based Altria Group Inc., owner of the biggest U.S. tobacco company, Philip Morris USA; No. 2 cigarette maker, R.J. Reynolds Tobacco Co., owned by Winston-Salem, N.C.-based Reynolds American Inc.; and No. 3 cigarette maker Lorillard Inc., based in Greensboro, N.C.

The tobacco companies and the federal government reached an agreement last week on the details of publishing those statements. The court must still approve the agreement, which was signed off on by several public health groups that intervened in the case, including the National African American Tobacco Prevention Network.

Under the agreement with the Justice Department, each of the companies must publish full-page ads in the Sunday editions of 35 newspapers and on the newspapers’ websites, as well as air prime-time TV spots on CBS, ABC or NBC five times per week for a year. The companies also must publish the statements on their websites and affix them to a certain number of cigarette packs three times per year for two years.

The media groups that represent more than 120 publications and more than 200 radio stations and TV stations said the list included the judge’s order doesn’t have publications in areas with very large black populations and will not effectively reach the black community, who are “not only more susceptible to harm from tobacco usage, but were also intentionally and systematically targeted by (the tobacco companies) to be recipients of their illegal marketing campaigns.”

In a filing on Tuesday, the companies said the request from the black media groups comes too late since it has been more than seven years since the court specified the newspapers and TV networks in which they would be required to place the corrective statements and would cancel out the current agreement. However, the companies said they’d consider the list of media outlets provided by the groups if replacement newspapers are needed when the ads are to run.

Each corrective ad is to be prefaced by a statement that a federal court has concluded that the defendant tobacco companies “deliberately deceived the American public.” Among the required statements are that smoking kills more people than murder, AIDS, suicide, drugs, car crashes and alcohol combined, and that “secondhand smoke kills over 38,000 Americans a year.”