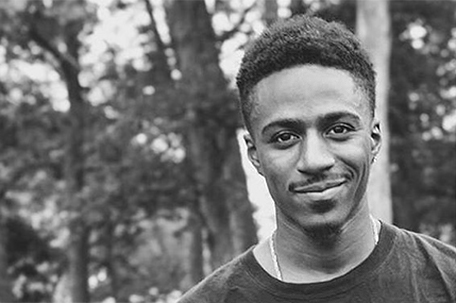 The activist worked to organize protests in Ohio after Michael Brown’s shooting in 2014.

“My demons won today. I’m sorry,” were the last words the activist wrote on Facebook just hours before he was found dead.

He also left this string of haunting tweets behind:

McCarrel, who just recently attended the NAACP Image Awards with his mom, worked to organize protests in Ohio after Michael Brown’s shooting in Ferguson, Missouri 2014.

Along with being a vocal Black Lives Matter advocate, the young leader founded two community service organizations: a mentorship program called Pursuing Our Dreams, and a charity for the homeless called Feed The Streets. McCarrel was known for his compassion towards the homeless, urging people to go beyond just giving food.

The 23-year-old was named Radio One’s Hometown Champion for his work. The nomination detailed McCarrel’s unrelenting passion for those less fortunate:

“MarShawn stresses the importance of having conversations with the people we feed because they’ll get hungry in 2 hours, but a good conversation will carry them over for a lifetime.”