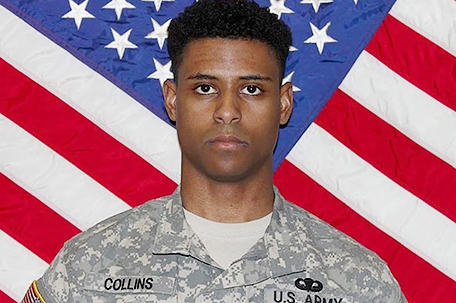 ANNAPOLIS, Md.–Maryland’s public colleges and universities would be required to develop stronger policies for reporting and documenting campus hate crimes and bias incidents under a measure introduced in the General Assembly on Friday in response to the stabbing of a Black Bowie State University student at the University of Maryland.

Democratic Delegate Angela Angel partly modeled her bill on some actions already taken at the College Park campus in the aftermath of U.S Army 2nd Lt. Richard Collins’ death in May, with a goal of seeing those replicated statewide.

For example, the measure calls for a coordinator to take reports and make sure they are posted online for students, faculty and the public to see. The University of Maryland is in the process of hiring such a coordinator.

“I hope the steps the University of Maryland is taking to make the campus a safe place for all students is expanded to all other universities and colleges in the state, and hopefully other states are able to model this bill to protect their students as well,’’ said Angel’s chief of staff, Yanet Amanuel, who was part of a coalition urging stronger measures against hate crimes when she was a student there.

The bill would require that the outcome of such investigations be made public. It also would mandate hate-crime awareness training for freshmen, and electronic alert systems that notify students about campus hate crimes. The measure would require the Maryland Higher Education Commission to submit a report to the General Assembly on the universities’ compliance with diversity goals and reporting on hate-bias incidents.

“It seems to be happening in our society more and more, that there’s kind of this undercurrent that we’re not necessarily paying as close attention to, and then when something bubbles up and a tragedy happens, then we’re reactive,’’ Angel said.

“On all of our campuses, we want to put something that’s pre-emptive, and that’s going to make the universities begin to look at the atmosphere on their campus and take some measures hopefully to make it a safe space for everyone,’’ she added.

Other legislation would apply nationwide.

Democratic U.S. Rep. Anthony Brown of Maryland introduced a bill in Congress aimed at holding university officials accountable by requiring them to inform local law enforcement about any campus hate crimes, and requiring accreditors to assess each university’s preventative measures before approving their eligibility to receive federal financial aid payments for students.

Many people learned only after Collins was murdered that racist flyers had been spread around the campus, and a noose had been found inside a fraternity house.

“For example, with the noose, we didn’t find out until two weeks later, and I felt like that was something urgent that students should know about,’’ Amanuel said.

University of Maryland President Wallace Loh announced this week that the university is investing more than $3.8 million to encourage a welcoming atmosphere. The effort includes launching a Center for Diversity and Inclusion in Higher Education, expanding the Office of Diversity and Inclusion, providing new training for student leaders and workshops for university leaders. A comprehensive campus climate survey also will be conducted every other year.

Collins, who was African- American, was days away from graduating from Bowie State, a historically Black university. Sean Urbanski, a White student at the College Park campus, allegedly attacked Collins because of his race and has been charged with a hate crime. Urbanski had joined a racist Facebook group several months before the stabbing, according to investigators. His trial is scheduled for July.