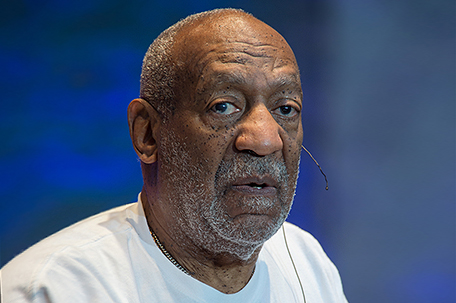 Bill Cosby stepped down as a trustee of his beloved Temple University following renewed accusations that he had drugged and sexually assaulted a string of women over many years.

The 77-year-old entertainer has been a high-profile booster for his alma mater in Philadelphia and a board member since 1982.

“I have always been proud of my association with Temple University. I have always wanted to do what would be in the best interests of the university and its students. As a result, I have tendered my resignation,” Cosby said in a statement released by the university.

Board chairman Patrick O’Connor told The Associated Press that the comedian does not want to be a distraction.

“The Board of Trustees accepts Dr. Cosby’s resignation … and thanks him for his service,” the university said in its release.

O’Connor had defended Cosby in a 2005 civil suit filed by a former Temple basketball employee who accused Cosby of drugging and molesting her at his suburban Philadelphia mansion a year earlier. Cosby, who said he gave the woman only Benadryl, later settled the lawsuit for undisclosed terms.

More than a dozen other women have come forward since the lawsuit was filed to make similar claims, including several who have gone public this month. Some said they passed out after taking a drink or pill from him, and woke up with their clothes askew, and, in some cases, in physical pain.

Cosby has strongly denied wrongdoing and has never been criminally charged. A suburban Philadelphia prosecutor declined to file charges in the 2005 case, and most of the other women came forward too late.

“He didn’t comment on the allegations (Monday),” O’Connor said. “They were from (as long as) 50 years ago.”

Cosby, who was born and raised in Philadelphia, has been one of Temple’s most famous alumni and a frequent commencement speaker.

Several other colleges have also severed their ties with Cosby in recent weeks. The Berklee College of Music will no longer award a scholarship in Cosby’s name, and the University of Massachusetts-Amherst had him step down as honorary co-chairman of their $300 million fundraising campaign.

At Temple, an online petition urging the university to cut ties with Cosby had garnered more than 1,000 signatures by Monday afternoon.

The accusations, although unproven, “got to the point where the reputation of the institution started to get dragged down with (them),” said Raymond Smeriglio, president of the student body.

Cosby testified in the 2005 civil case that he gave the National Enquirer  an exclusive interview about former Temple basketball employee Andrea Constand’s lawsuit claims in exchange for the tabloid spiking a story about a second accuser, Beth Ferrier. “Did you ever think that if Beth Ferrier’s story was printed in the National Enquirer, that that would make the public believe that maybe Andrea was also telling the truth?” Cosby was asked.

Although willing to play the public face of Temple in advertisements, fundraising campaigns and commencement speeches, Cosby was a rare sight at board meetings.

A review of minutes to 138 board meetings held since 1982 suggests he attended just once — in December 2002, when he was on campus to film a Temple women’s basketball commercial.

But his commencement speeches were wildly popular, and he gave a welcome lecture to freshmen classes called “Cosby 101.”

Trustee Anthony McIntyre said the latest accusations — sparked by a comedian who called Cosby a rapist in a recent performance — presented a “no-win situation” for the Temple community.

“It’s a tragedy for all,” McIntyre said.