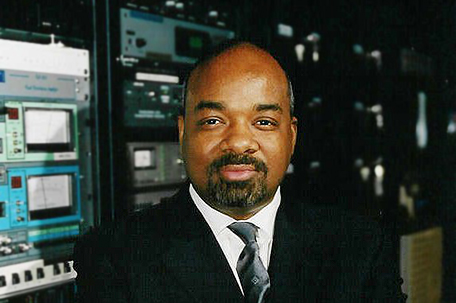 By Monica Peters for PABJ Prism

On Sunday, March 16, 2014, Philadelphia personal injury attorney Dean Weitzman of Silvers, Langsam & Weitzman, P.C., better known as MyPhillyLawyer, and attorney Tom Kline of  Kline & Specter P.C., announced they would file a lawsuit on behalf of the family and estate of  radio legend and icon E. Steven Collins. The announcement was made on Weitzman’s weekly Sunday morning radio program “Court Radio” which airs in local syndication from Old School 100.3 FM in Philadelphia.

On Monday morning a Wrongful Death and Survival Action lawsuit was filed on behalf of Collins’s widow, Lisa Duhart-Collins, individually and also as the administratrix of her husband’s estate.

“Families have the right to expect nothing less than proper medical treatment when under the care of a hospital,” said Weitzman.

E. Steven Collins, a thirty-year broadcast veteran, activist and Director of  Urban Marketing and External Relations for Radio One in Philadelphia, was rushed to Chestnut Hill Hospital via ambulance on Sunday evening September 8, 2013 for chest pains and extreme shortness of  breath.   A few hours later, shortly after midnight on Monday morning, Collins passed away at the hospital due to a cardiac event that was inappropriately treated while under the hospital’s care.

Specifically, as stated in the claim, “Collins died as a result of a cardiac event secondary to an acute artery thrombosis of his left main coronary artery which was not timely identified or treated by the defendants.”

According to the lawsuit, the EKG performed on Collins was indicative of a life threatening cardiac and medical condition that the hospital failed to respond in an immediate and urgent fashion neglecting to provide the basic standard of care needed to treat patients in cardiac distress.

While under the care of Chestnut Hill Hospital, Collins was suffering from myocardial ischemia, a cardiac condition that occurs when blood flow to the heart is decreased by a partial or complete blockage of the heart’s arteries resulting in restricted blood supply and oxygen to the organ.

Instead of treating Collins for the cardiac emergency he was experiencing, the hospital only administered treatment for high blood pressure.  The medication caused a drastic decrease in Collins’ blood pressure (also known as hypotension), combined with his cardiac distress not being treated with standard medical care caused him to succumb.

Collins, who also hosted his weekly Sunday morning radio program “Philly Speaks” on 100.3FM, was 58-years-old and is survived by his wife Lisa and two sons Rashid and Langston Collins.

Attorneys Dean Weitzman and Tom Kline both have extensive litigation experience in state and federal courts in Pennsylvania and New Jersey.  Both have a  stellar record of  representing and winning landmark settlements on behalf of individuals and families whose lives were changed by a medical mistake, motor vehicle or truck accident, a dangerous or defective product or a workplace construction accident.

Death of E. Steven Collins has opened a wound in Philly’s social network