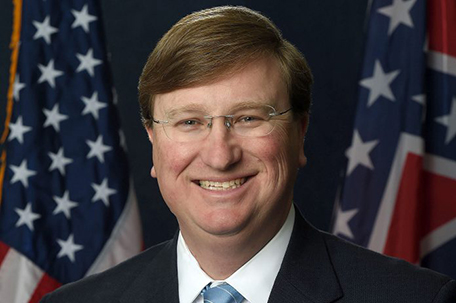 JACKSON, Miss. — Mississippi Republican Gov. Tate Reeves has ordered a thorough review of spending in the state Department of Corrections, questioning whether money has been wasted in a prison system that has been plagued by violence and shoddy living conditions for some inmates.

“I am, if nothing else, a budget hawk,” Reeves told reporters last week in Jackson. “I hate spending other people’s money.”

Reeves inherited a mess with the prison system when he took office last month. It’s one partly of his own making because he was lieutenant governor the past eight years and had a significant role in writing laws and setting state budgets.

At least 15 inmates have died in Mississippi prisons since late December. Most of the deaths happened at the Mississippi State Penitentiary at Parchman, and many happened during outbursts of violence. Some were suicides.

Health inspectors have also documented problems for years at Parchman, including broken toilets and moldy showers. Mississippi Department of Corrections leaders repeatedly told budget writers in recent years that the department was having trouble hiring enough prison guards because the pay is low and the job is stressful. Reeves and other budget writers cut the amount of state money going to corrections.

Reeves was still lieutenant governor and on the 14-member Joint Legislative Budget Committee in December, when the committee released its initial set of spending proposals for the coming year. The plan included a 2.3% reduction in state spending for corrections, a drop of about $7.4 million. The reduction came partly from eliminating money for jobs that have been vacant at least six months.

As governor, Reeves released a separate set of state budget recommendations on Jan. 31, weeks after the prison violence drew widespread condemnation. Reeves suggested that the corrections system receive the same amount of money in the coming year as it is receiving in the current year.

Reeves said that an initial review of spending practices found the Department of Corrections might have given compensatory time payments to people on the higher end of its pay scale. He also questioned whether the department needs the 60 vehicles he said it has.

Budget writers are supposed to agree on an overall state spending plan before the legislative session ends in early May. The new governor said Mississippi could spend more than currently suggested on the prison system.

“I’m willing to invest here because it’s worth it, because lives are at stake,” Reeves said. ”What I’m not willing to do is ask for a random increase in funds just because it sounds good.”

Some of the recent violence erupted in Parchman’s Unit 29. In early January, when Republican Phil Bryant was in the final days of his second term governor, the state entered a 90-day contract and moved 375 inmates from Parchman to a privately run prison nearby.

In Reeves’ State of the State address on Jan. 27, he said he had instructed the Department of Corrections to take steps to shut down Unit 29. Officials have not said how long that will take.

About 1,400 inmates were housed in Unit 29 when violence broke out a few weeks ago. Reeves said Thursday that the number had decreased to about 900.

The U.S. Justice Department announced Wednesday that it is investigating the Mississippi prison system. The state is still facing a federal lawsuit over prison conditions. It was filed in mid-January on behalf of some Parchman inmates, and the plaintiffs’ expenses are being paid by Team Roc, a philanthropic group connected to entertainment mogul Jay-Z’s company, Roc Nation.