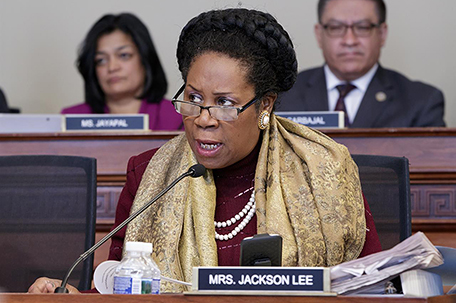 CLAXTON, Ga.  — Talmadge Yarbrough had just sat down at his desk and opened a box of pecans when he let out a gasp that could have been his last breath. He’d gone into cardiac arrest in his office, a co-worker called 911, and an ambulance drove him two miles to the small hospital that serves this rural community in southeast Georgia.

“I would have never lasted to get to Savannah or Statesboro,” Yarbrough said of the biggest cities near Claxton – each 30 to 60 miles away. “I firmly believe if that hospital wasn’t here, I wouldn’t be here.”

But like Yarbrough, the 10-bed Evans Memorial Hospital has fought to survive. That story is reflected nationwide – rural hospitals have long struggled, with patients who are older, suffer from chronic illnesses, and face few insurance options, if they’re insured at all. Most rural hospitals have a higher-than-normal percentage of Medicaid patients; expected cuts to the federal program for low-income residents will affect facilities everywhere, but experts and administrators are particularly worried about rural areas. Still more rural patients are on Medicare, for those 65 and older, but both programs’ reimbursements are lower than the cost of care.

Now, as Republicans in Washington put forward long-anticipated plans to get rid of President Barack Obama’s Affordable Care Act, rural hospitals and communities are watching the debate closely. But if they didn’t fare too well under the ACA, many question whether they’d be better off under the plan backed by President Donald Trump.

At Evans Memorial, many blue-collar workers are unable to afford insurance but are too well-off for Medicaid, said chief financial officer John Wiggins. Such uninsured patients are perhaps the No. 1 problem for rural hospitals: Evans Memorial has been saddled with $3 million or more in unpaid medical bills in recent years.

But the hospital can’t and won’t turn away the uninsured – federal law prohibits it in emergencies. Recently, Dr. Kyle Parks performed an urgent gallbladder operation on an uninsured woman. “It is what we’ve always done – we take care of people, payer or no payer,” Parks said. “But we’re fighting a struggle to keep our little hospital open.”

Evans Memorial, which opened in 1968, has managed to keep operating by seeking new revenue – for example, a new wing for dementia patients scheduled to open soon. But the hospital was in the red for four years before finding itself $50,000 in the black this year.

“We do not have fear of the doors closing, but we remember those days and we never get comfortable,” said Nikki NeSmith, the CEO who doubles as chief nursing officer, in part to cut costs. “I don’t think we’ll be in that comfortable position anytime soon.”

Meantime, other rural hospitals have shuttered – 80 since 2010, mostly in the South and Midwest, according to the North Carolina Rural Health Research Program. A wave of closures also hit in the 1980s and early ‘90s with changes in Medicare reimbursement, though Congress eventually increased that.

At Evans Memorial, about half the patients are covered by Medicare; 10 percent are on Medicaid. An uneven, state-by-state expansion of Medicaid has been a problem there and elsewhere. Georgia’s among 19 states that didn’t expand the program under the ACA. It’s never been a popular proposal in rural Georgia, where Trump saw his strongest support in the state. But Evans CFO Wiggins said many of his uninsured patients would have qualified under an expansion.

The ACA was intended to slash the number of uninsured patients seeking care they could never afford at hospitals. It succeeded in rural areas, where overall the rate of uninsured people fell by 8 percent since full implementation of the law in 2014, said Brock Slabach, of the National Rural Health Association. But it fell more in urban areas, in part because of the dearth of choices in the exchanges set up under the ACA. Thirty to 40 percent of rural communities have only one company from which to pick.

Snap Lewis has been selling property and casualty insurance in Claxton for nearly four decades, and he said even he couldn’t find affordable coverage after the ACA was implemented. He took a part-time job driving a school bus, with health benefits. He wakes up at 4:45 a.m. for his morning route, then heads to his insurance office at 8. He’s back on a bus at 2 p.m. for his after-school route, and then sells insurance for another hour or so.

“I thought it was a very good plan,” Lewis said, “if you can stand the hours.”

But not all rural residents can – and many can’t find jobs with insurance at all. At Evans Memorial, 10 percent of patients are uninsured.

When rural hospitals are forced to close, the effects reverberate, a 2016 Kaiser Family Foundation study shows. Such hospitals are often the community’s largest employer, leading to job losses. Doctors and others leave the area. Closures also make it hard to attract outside employers or investors who want quick access to emergency rooms.

And for many rural health care workers, the GOP’s new plan isn’t calming nerves. At Evans Memorial, administrators say they haven’t heard much in the proposal that sounds beneficial – besides perhaps the chance to allow Americans to shop for insurance across state lines. But officials recognize the tough task legislators have.

“I wouldn’t want to be in a position where I needed to say, ‘Here’s what we need to do to fix it,’” said Parks, the hospital’s surgeon. “Because I honestly don’t know what that would be.”