After Supreme Court ruling, failure of state takeover and need for major reforms are clear 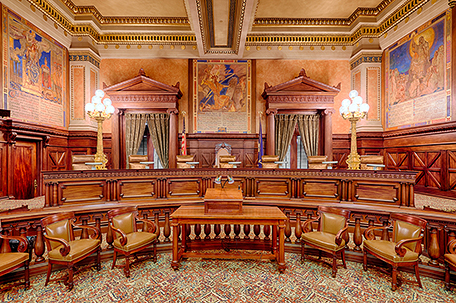 “Yesterday’s Pennsylvania Supreme Court ruling makes unmistakably clear that the School Reform Commission and Pennsylvania’s fifteen-year experiment in state takeover have been a disaster for students and schools.”

“Since its formation, and particularly in recent years, the SRC has used its unprecedented powers to impose new rules that allow schools to operate without essential staff, slash programming, close schools, and violate key sections of the teachers’ contract. The SRC has also continued to recklessly expand the charter sector by approving new charters and ceding control of dozens of schools to private operators. Charter payments have rapidly become the District’s largest cost burden while underfunded, understaffed neighborhood schools languish in disrepair.”

“After years of administrative overreach and failed experimentation, with no end in sight to the ‘fiscal distress’ the Commission was supposed to alleviate, the time has come to dissolve the School Reform Commission and finally give control of Philadelphia’s schools to Philadelphians.”

“Furthermore, with the Court’s declaration that Harrisburg may not abdicate its responsibilities to the SRC, it has become urgently necessary for the General Assembly to fix the state’s broken system for funding and regulating public education. Specifically the legislature must address its deeply-flawed, nineteen-year old charter law, which prevents school districts from exercising full control over charter school authorization and growth. Without action, Philadelphia’s school district will not remain solvent and is at grave risk.”

“Both in Philadelphia and across the state, it is abundantly clear that our system of public schools, so many of which are struggling to provide the most basic services to students, cannot be called ‘thorough and efficient.’ It is now up to the Courts to weigh in on the need for a fair funding system, and to ensure that the legislature does its job.”