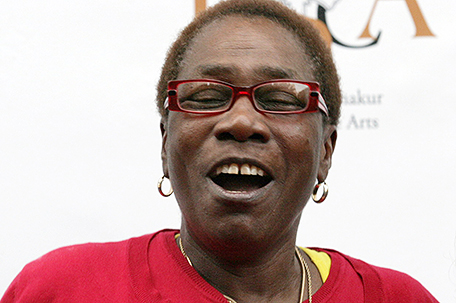 The Marin County, California, Sheriff’s Department confirmed her death on Twitter. No details were provided.

Born Alice Faye Williams, Davis changed her name as an adult when she became a political activist and joined the Black Panther movement. She was pregnant with Tupac in 1971 and incarcerated while she and other Panthers faced conspiracy charges that were later dismissed.

People Magazine reported that following her son’s death, Davis founded the Tupac Amaru Shakur Foundation, and later helped create the Broadway musical “Holler If Ya Hear Me” in 2014, which featured the rapper’s music. She also served as the CEO of Amaru Entertainment, Inc., a record and film production company she founded in Atlanta.

Earlier this year, she was embroiled in a divorce battle with Gust Davis, her husband of 12 years, TMZ reported. Davis filed legal documents in March asking a North Carolina judge to prevent the minister from receiving alimony from Tupac’s estate, which TMZ said generates around $900,000 a year. Davis was an inspiration for her son’s music and oversaw his music catalog and legacy after his death.

Tupac Shakur died in 1996 at age 25, the victim of a drive-by shooting. The murder remains unsolved.