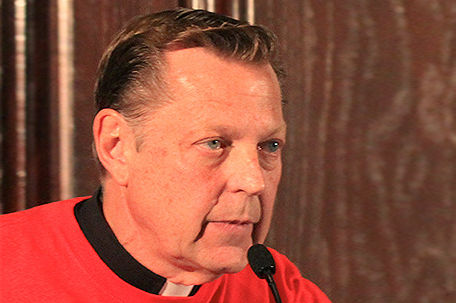 CHICAGO — Activist Chicago priest the Rev. Michael Pfleger has been asked to step aside due to allegations of sexual abuse that occurred decades ago, the Archdiocese of Chicago announced Tuesday.

The archdiocese said its Office for Child Abuse Investigations and Review received an allegation that Pfleger sexually abused a minor more than 40 years ago. Cardinal Blase Cupich in a letter to members of the Faith Community of Saint Sabina, which is pastored by Pfleger, noted the allegation hasn’t been proven as true or false and guilt or innocence should not be assumed.

“In the days and weeks ahead, members of the archdiocese’s Office for the Protection of Children and Youth will be available to answer any questions you may have and provide you with support during this challenging time,” Cupich said in the letter.

Telephone calls to the church for comment were not answered. However, St. Sabina leaders released a statement saying they believe the accusations are unfounded and stand behind the integrity of Pfleger.

“His ministry spans over 45 years and he has maintained his mission of Luke 4:18, to proclaim good news to the poor, proclaim freedom to the prisoners, sight to the blind and set the oppressed free,” the St. Sabina cabinet said in the statement. According to the archdiocese, Pfleger has agreed to live away from the parish while he is being investigated. Father Thulani Magwaza lead St. Sabina Church while authorities investigate the allegations against Pfleger, Cupich said.

The archdiocese says the allegation of sex abuse by Pfleger was reported to the Illinois Department of Children and Family Services and the Cook County state’s attorney’s office.

Pfleger has served as pastor at St. Sabina Church since 1981. As an anti-gun violence advocate he has become one of Chicago’s most outspoken activists, leading marches to bring attention to the issue. His most recent march was on New Year’s Eve, when he led dozens along Michigan Ave. to exhort city leaders to pay attention to the “virus of violence.”

Pfleger has also been active in the Black Lives Matter movement and participated in Civil Rights marches around the nation.