ACLU, for first time, elects Black person as its president 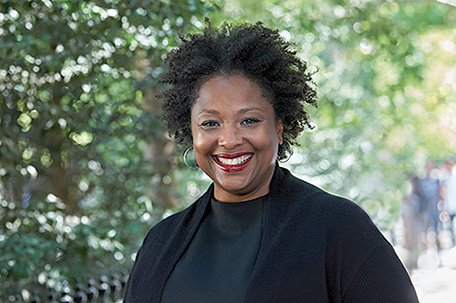 NEW YORK — Deborah Archer, a professor at New York University School of Law with expertise in civil rights and racial justice, has become the first Black person in the 101-year history of the American Civil Liberties Union to be elected its president.

The ACLU announced Monday that Archer was elected over the weekend in a virtual meeting of the organization’s 69-member board of directors. She succeeds Susan Herman, a professor at Brooklyn Law School who had served as president since 2008.

As the ACLU’s eighth president since 1920, Archer will act as chair of its board of the directors, overseeing organizational matters and the setting of civil liberties policies. The fight against racial injustice is expected to be a top priority.

The ACLU’s day-to-day operations are managed by its executive director — a post currently held by Anthony Romero.

The campaign against Trump’s administration — promoted in a catchy “See You In Court” ad campaign — fueled huge increases in donations and membership. According to Romero, the ACLU national office and its state affiliates received about $175 million in donations in the three months after Trump’s election, helping to finance a major expansion of staff.

“The ACLU has proven itself as an invaluable voice in the fight for civil rights in the last four years of the Trump era, and we are better positioned than ever to face the work ahead,” Archer said.

Early in her career, after graduating from Yale Law School, she was a legal fellow at the ACLU in 1997-98. She has been a member of the ACLU’s board since 2009, and a general counsel and member of the board’s executive committee since 2017.

At NYU Law School, Archer is a professor of clinical law and director of its Civil Rights Clinic. She has served as chair of the New York City Civilian Complaint Review Board, which investigates alleged police misconduct, and also was assistant counsel at the NAACP Legal Defense and Educational Fund.“There is no one better equipped, who best personifies or is more capable to helm the future battles for civil rights, civil liberties, and systemic equality than Deborah Archer,” Romero said. Romero is hopeful that the newly installed administration of President Joe Biden and Vice President Kamala Harris will be more attentive to the ACLU’s major concerns than the Trump administration was, but he expects daunting challenges ahead. “President Trump may be gone but his toxic legacy on civil rights and civil liberties is still very much with us,” Romero said. “It will take years to clean up.”

“At the top of our agenda is the effort to redouble this nation’s longstanding but frayed commitment to civil rights and racial justice,” he added. “The country needs a president who will be transformational when it comes to these issues.”

Other ACLU priorities, Romero said, include voting rights, a rollback of the Trump administration’s get-tough immigration policies, and joining in efforts to thwart anti-abortion legislation surfacing in many Republican-governed states.

ACLU, for first time, elects Black person as its president