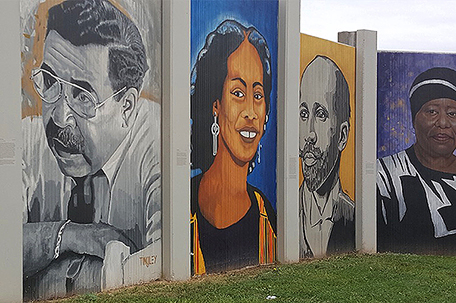 The Buffalo-Niagara Corridor in Western New York has the distinction of having always been both a permanent sanctuary and a reliable embarkation point. Geography, accessibility to the Falls and Lake Erie and proximity to Canada contribute to the region’s international flavor, liberal atmosphere, unique heritage and Underground Railroad (UGRR) history.

Buffalo and Niagara are separated by 21 miles and 12,000 years. Human habitation is believed to have started during the Paleo-Indian period with nomadic bands. The region’s first explorer, Champlain, travelled along the eastern shore of the Niagara River, and was met by sophisticated Iroquoian tribes living in palisaded villages. (www.visitbuffaloniagara.com)

The Michigan Street African-American Heritage Corridor interprets the complex history of African-Americans in the city through historic sites, historical plaques, restaurants and entertainment venues. Thematically, the corridor highlights the abolitionist and civil rights eras up to and including emerging cultural and artistic endeavors. Located at the northern gateway is the Freedom Wall Mural, which features 28 portraits of African-American leaders created by four local artists. (www.michiganstreetbuffalo.org)

Michigan Street Baptist Church, founded in 1837, erected a permanent structure in 1845. It was the first Baptist church in the city built by and for Blacks. Anti-slavery meetings were held there and escaped slaves were hidden in the basement. On many occasions it was the final station on the UGRR before crossing the Niagara River to Canada. In 1974, the church was placed on the National Register of Historic Places. Tours can be booked online. (www.michiganstreetbaptistchurch.org) 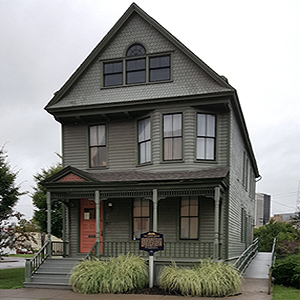 In 1892, the Rev. Dr. J. Edward Nash became pastor of the Michigan Street Baptist Church, led his flock for 61-years, and from his two-family home worked to establish branches of the NAACP and Urban League.

The family lived there from 1925 to 1987. After his death in 1957, his wife left his papers and belongings untouched. Today, the house provides an unprecedented look into his life and the era. Highlights of a tour include the sewing room, the bedrooms and Nash’s fully outfitted office. (www.nashhousemuseum.org)

The Colored Musicians Club, the sole extant African-American club of its type, was founded in 1917 and incorporated on May 14, 1935.

Local 533 was formed because the all-White American Federation of Musicians would not admit African-Americans. The musicians ate, hung out and rehearsed here. 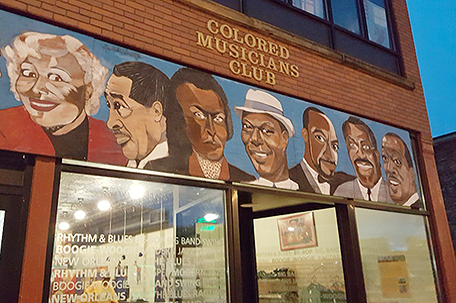 At one time, it held a speakeasy with a buzzer and a trapdoor in the kitchen leading outside. The bar was built by the musicians. Today, the club preserves the jazz legacy with free jazz lessons for young people and a weekly jam session.

Most of the jazz greats played here including Miles Davis, Dizzy Gillespie, and Duke Ellington. Their stories and that of many others are related in the ground floor museum. Tours begin with an 8-minute video and proceed through a series of colorful exhibits. (www.cmctheclub.com)

Buffalo was the western terminus of the Erie Canal when completed in 1825. The completion of the canal set off a chain of events that would lead to the city’s industrial prominence. This story is engagingly told aboard a 90-minute narrated Spirit of Buffalo Harbor Cruise. Along with water views guests are treated to Elevator Alley, the largest collection of grain elevators in the world. Tours depart from canal side. (www.buffaloharborcruises.com) 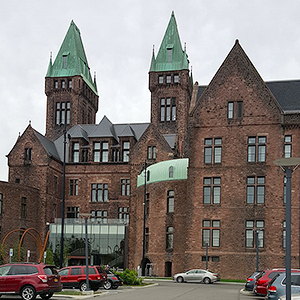 Henry Hotel Urban Resort & Conference Center is an 88-room, full-service hotel designed by Henry Hobson Richardson in the 1870s as the Buffalo State Asylum for the Insane. It closed in 1974 and reopened as a hotel after a $70 million renovation.

There are art-filled nooks and crannies, a ballroom, and the Lounge at Hotel Henry and 100 Acres: The Kitchens at Hotel Henry. (www.hotelhenry.com)

Toutant is a must for a unique mix of Southern Louisiana and New York regional cuisine. Menu items are crafted onsite. Reservations are highly recommended. (www.toutantbuffalo.com)

Frank & Teressa Bellissimo’s Anchor Bar is the premiere location on the 12-site Buffalo Wing Trail and is the place where the meaty “Buffalo Wing” was created. The original bar opened in 1935, and in the second location in 1964, the dish made its first appearance. 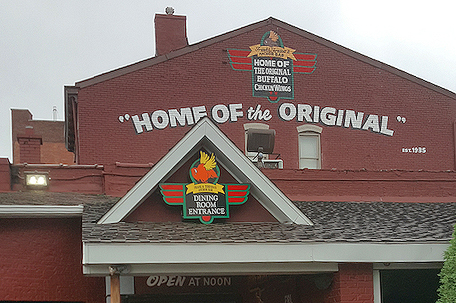 Teressa first made the wings for a group of her son’s friends who wanted a late-night snack that would not hamper their conversation. The Bellissimos liked to entertain their guests by singing and this morphed into live jazz performances.

One thousand pounds of wings are served daily, but there are more than 100 items on the menu so don’t limit yourself. Diners choose from their award-winning sauces that are also available for purchase. The food is outstanding, the atmosphere is welcoming, and the service is exemplary. (www.anchorbar.com)

In 1632, Samuel de Champlain was the first European explorer to map Niagara Falls and in 1678, Father Louis Hennepin documented the area more fully. The Niagara River connects Lakes Erie and Ontario and quickly became key to the fur trade. 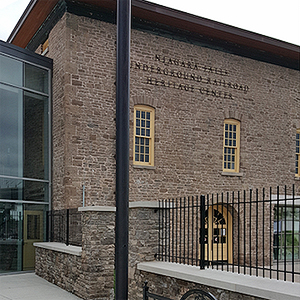 The museum, situated adjacent to the Amtrak Station inside an 1863 US Custom House, is fully interactive and totally immersive.

Highlights of the self-guided tour are visits, (circa 1850) to the Cataract House Hotel where the wait staff clandestinely served as UGRR agents and walking across a replicated portion of the bridge to freedom in Canada. (www.niagarafallsundergroundrailroad.org)

An ADA accessible free shuttle equipped with wifi and bike racks is available from May-Oct. It stops at or near 17 attractions and stops are clearly marked. (www.discoverniagara.org)