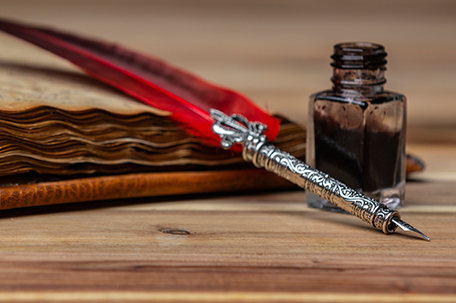 “Yet do I marvel at this curious thing: To make a poet black, and bid him sing!

Africans have always told their stories in pictographs, orally or in written form. Current documentary evidence shows that the Egyptian written language, in the form of hieroglyphics, dates from 3200 BC with only Sumerian being older.

No matter what the reasons Africans left the continent were, or the journey took them, they brought with them the art of storytelling in the forms of song, dance the written word. The cultural impact on foreign soil is often overlooked, but cannot be minimized. Viola Davis, a master storyteller, has prevailed upon us to “exhume our stories” and breathe life into, among others, those writers whose impact is international.

Each of the authors that I have chosen has a physical location which can be visited without of an organized tour.

“I prefer rogues to imbeciles, because they sometimes take a rest.” — Alexander Dumas, pére

The life of Alexandre Dumas, père was as exciting as any of his written works. His father, Thomas, was the child of Marquis Alexandre Antoine Davy de la Pailleterie and a Dominican slave.

Thomas was a slave because the child’s condition followed that of his mother. He was allowed to join Napoleon’s army on the condition that he change his surname.

He became a general at the age of 31, but returned to France lame and impoverished four years later. He retired to Villers-Cotterêts, outside of Paris. Alexandre was born on July 24, 1802. His father died in 1806.

Dumas’ first job was as a notary, followed by working at the French Palais Royal as the secretary to the Duke of Orléans, who later became King. His first works were done in collaboration.  He is credited with more than 900 works including “The Three Musketeers” (1844), “The Count of Monte Christo” (1846), and “The Man in the Iron Mask” (1847).

Although Dumas earned a fortune, he spent lavishly and had as many as forty mistresses.

In 1846, he built Monte Cristo, a country Renaissance château with a moated writing studio, the Chateau d’If. The exterior was carved with his personal motto, ‘’I love those who love me”. Upon completion in 1847, Dumas was without funds.

Dumas died in 1870 and was buried in Villers-Cotterets.

In 2002, the French President had him disinterred and ceremoniously reburied in the Panthéon of Paris.

Villers-Cotterêts honors Dumas with a statue in the Place du Docteur Jean Mouflier and the Alexandre Dumas Museum.

The museum has ee rooms of exhibits.

The first gallery is devoted to General Thomas Dumas. The third room interprets the life of his son Alexandre Dumas, fils,  also a noted author.

The central gallery is dedicated to Dumas, pére and features portraits, his desk other historic items.

A seated statue of Dumas is found in Paris. He is atop a column, while a seated D’Artagnan adorns the rear.

Ibrahim, an African prince, was taken from Africa to Constantinople, where he was sold into Russia. Peter the Great became his godfather. He was educated in France, changed his name to Hannibal, and returned a military engineer. His son wed Marya Pushkin and their daughter was the mother of Alexander Pushkin, considered the “Father of Modern Russian Literature”.

Pushkin, born in 1799, was well known for his writing, political activism and wild ways. His satirical works caught the attention of the authorities, as did his willingness to duel at any provocation.

He was exiled to the south of Russia for a time. He wrote “The Negro of Peter the Great” based on his grandfather’s life, but readers can see his experiences woven throughout the story. He vividly relates the reactions of the people to his “negro temperament” and “monkey’s face”.

Pushkin’s most famous works were “Eugene Onegin”, “The Bronze Horseman”, “Boris Godunov”, “Mozart and Salieri”, “The Stone Guest”, and “The Queen of Spades”. Pushkin wed Natalya Goncharova in 1831. and in 1837 died as a result of a duel defending Natalya’s honor.

Pushkin is honored throughout Russia. A number of statues of him are in St. Petersburg, the most famous of which is located in front of the State Museum of Russia.

The Czars’ Tsarskoe Selo estates were renamed Pushkin under the Soviets. The A. Pushkin Lyceum Museum is also the royal school that Pushkin attended. The exhibits here include restorations of his dorm and classroom.

A sculpture of Pushkin by Alexander Bourganov is situated at 22nd and H Streets, N.W. in Washington, D.C.

In 1761, Phillis Wheatley was abducted from West Africa and sold cheaply in Boston (because she was a sickly 7-year old) to John Wheatley as a personal servant for his wife Susanna. The Wheatleys educated Phillis along with their children. In 1767, she published a poem, and in 1773 she became the first African-American to publish a book, “Poems on Various Subjects, Religious and Moral.” Seventeen Boston men were listed in the preface attesting to her authorship.

She traveled to London to great acclaim as the abolitionists proof that Black people were not inherently inferior. Her approximately 145 poems were greatly influenced by classical literature and the Bible.

Phillis was freed three months before Susanna died in 1773. All members of the Wheatley family were dead by 1783. Phillis slipped into poverty and the racial divide. In 1778, she had married a free Black man named John Peters, who purportedly refused to work.

Phillis cleaned houses to support the family and continued to write without success. She died alone in Boston in 1784 while Peters was incarcerated. She is buried in Copps Hill Burying Ground in Boston.

On October 25, 2003 Boston honored her contribution at the Commonwealth Avenue Mall in the Boston Women’s Memorial. The artist, Meredith Bergmann, depicts Phillis along with Abigail Adams and Lucy Stone. A seated Phillis is lost in thought.