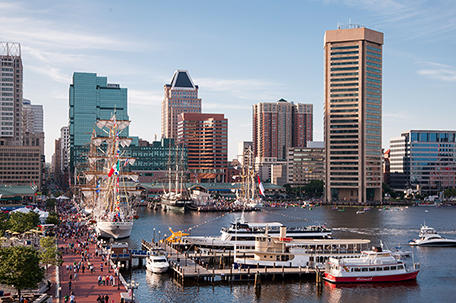 Historians believe that the first slaves in Maryland were relocated from Virginia, probably as indentured servants, but this can’t be verified because no records were kept on groups other than Whites.  Documents indicate that in 1639 the status of non-Christian black servants was changed to slaves for life. Five years later laws were enacted that removed the Christian exemption and decreed that any White woman who married a slave would serve as a slave until his death and all children would be enslaved until they were 30. Slavery grew steadily as tobacco became an important crop.

Tobacco led to the growth of slavery and it led to its decline. The fact that the crop destroyed the land, American Revolutionary spirit and high import taxes on slaves led to a decline in the number of Maryland’s slaves. By 1850 54.7 percent of the state’s Blacks were enslaved and by 1860 3,000 of the state’s 87,000 Blacks were slaves. Baltimore’s free African American population exceeded that of the enslaved by 11 to 1 in 1860.

Maryland has been an active participant in all of the major events in American history since the colonial era. Those historic events invariably included an African American presence or perspective that, in many cases, altered the narrative for the entire country. Baltimore interprets a large number of sites connected with Black History year round and many of these sites take the opportunity to present special exhibits and activities during the month of February. 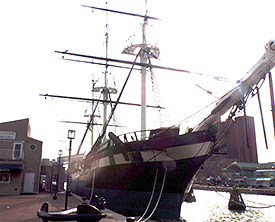 The U.S.S. Constellation is moored at Pier 1 of the Inner Harbor as one of the five Historic Ships. Placed in service in 1854, the Constellation was the final all-sail ship constructed by the U.S. Navy. A tour, Black Sailors in Navy Blue, relates the story of the African Americans who served as sailors during the Civil War and is offered year round.

Every Saturday in February the Constellation will be offering a special tour, To Catch a Thief, detailing the events surrounding the capture of the Cora and the role of the African Squadron.  On May 15, 1820 the United States outlawed the African slave trade, branding it piracy. The trade continued, largely unabated, and between 1857 and 1861 117 out of 170 slave ships sold their cargo in the US.  A cargo of 800 slaves could be purchased in Africa for $20 each and sold in the Caribbean for $350 each.

In 1807 the British established the Royal Navy’s West Africa Squadron to capture British slavers. They declared the “right to visit” American vessels to ensure that British slavers were not flying the American flag to skirt the law. Americans objected to this practice and in the 1842 in the Webster-Ashburton Treaty the US agreed to a joint patrol to capture the ships and return the people to Liberia. They also agreed to supply a total of 80 guns. Incidentally, the treaty also states that fugitive slaves would not be returned to the US by Canada.

The sloop-of-war USS Constellation was the flagship of the US African Squadron and it carried 22 guns. On patrol in West Africa on September 25, 1860, the Constellation encountered the flagless slave ship the Cora. After being asked to stop the Cora attempted to escape. The chase lasted more than 3 hours and the Cora attempted to slow the Constellation by putting slaves in boats and setting them adrift in the hope that it would slow down to rescue them. When the Cora was finally boarded they found 705 naked and starving Africans. The 694 who lived were sent to Monrovia and the Cora’s crew was taken to the US for trial. The captain escaped and ultimately only two crewmen were jailed and fined $500 each. The Cora was auctioned off but was recaptured a second time on suspicion of slaving

It should be noted that African Squadron duty was considered a hardship, but the men received prize money, a federal bounty for the captured ship, and $25 per slave. The crew of 315 was integrated. historicships.org/constellation

The largest museum of its type on this coast is the Reginald F. Lewis Museum of African American History. Visitors should begin their experience with a 20-minute orientation film that recounts the black experience in America beginning in Africa, continuing through 400-years of free labor, and into this century. Emphasis is placed on the achievements of Marylanders. 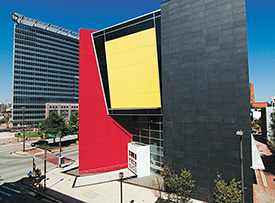 “The Kinsey Collection: Shared Treasures of Bernard & Shirley Kinsey – Where Art & History Intersect” is on view until March 2nd. The collection is renowned and includes art, artifacts and an early copy of the Emancipation Proclamation. A self-guided tour of the museum’s thematic galleries showcases interactive kiosks, artifacts, videos and photographs. A highlight of the tour is a small theater designed to bring attention to lynching in this country. The video features a narrative given by a man who witnessed a lynching as a child. lewismuseum.org 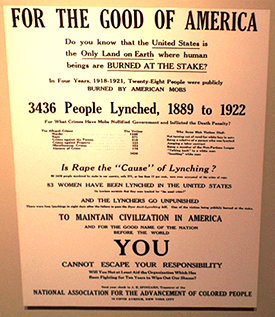 Geppi’s Entertainment Museum’s featured exhibit, “Milestones: African Americans in Comics, Pop Culture, and Beyond,” will be displayed until he end of April. This exhibit casts light on the history of African Americans in the comics industry as both characters and creators. The controversy surrounding black inclusion began in 1956 when the Comics Code Authority attempted to keep EC Comics from publishing a story in which an astronaut is revealed to be black. We have come a long way in pop culture and the story is told in this exhibit. geppismuseum.com

Amtrak is sponsoring an exhibit on African American passenger travel and the African American workers at the B&O Railroad Museum. This special exhibit will be displayed until February 28th. Additional exhibits showcase the oldest, most historic and most comprehensive American railroad collection. The Baltimore & Ohio Railroad started in 1828 and much of the manual labor was accomplished with both slaves and freedmen. borail.org

The Renaissance Harborplace Hotel is located within walking distance of all the sites listed. It offers rooms with all the amenities, dining options, valet parking and waterside rooms with panoramic harbor views. marriott.com/hotels/travel/bwish-renaissance-baltimore-harborplace-hotel