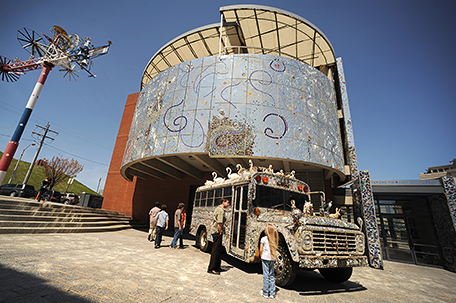 “Face it, Baltimore is a unique city — from its history to its people to the Bawlmerese dialect.” –Baltimore Sun

Baltimore, Maryland owes its location to a river that flows into the Chesapeake Bay Watershed at the Inner Harbor. The presence of the Jones Falls River encouraged colonial settlement because it was a source of fresh drinking water and power for the mills that grew up along its shores beginning in 1711.

In 1661, a Quaker named David Jones was the first to erect a cabin on the northern shore at the mouth of Cole Harbor, the modern Inner Harbor. As other colonists joined him, the area came to be known as Jones Town. It would be the settlement from which the city of Baltimore would grow.

William Fell migrated from England and purchased 100-acres that became known as Fell’s Prospect in 1730 and established a shipbuilding business. His brother Edward had preceded him and owned a store on the eastern shore of the river. William, upon his death, left his estate to his son Edward who platted the town of Fell’s Point and sold lots in 1763.

Fell’s Point remains one of the most interesting and historic districts in the city. The 1765 Robert Long House, the oldest extant residence, and the 1772 London Coffee House, the sole extant pre-revolutionary coffee house in the country, are located here. The first African American owned shipyard was established here and Frederick Douglass escaped to the North from his job on the Point’s docks.

Lord Baltimore, the first Proprietary Governor of Maryland, gave his name to Baltimore in 1729. The three settlements clustered around Jones Falls River harbor expanded and were finally unified as Baltimore Town. The Jones Falls River continues to bisect the city but it is largely invisible today. As early as 1817, the need to stop the overflows was apparent. In 1912, the river was channeled underground and 600,00-sq. ft. of land was reclaimed for the city.

Modern Baltimore is known as a city filled with outstanding historical, cultural and culinary experiences. While it offers many forms of transportation, it is very walkable. Locations are clearly marked, with interpretive plaques and directional street signs, and guides and maps are available in all hotels and at sites and attractions.

The Charm City Circulator (CCC) is Baltimore’s response to environmental concerns, congestion and ease of mobility for residents and tourists. Thirty shuttles transport passengers on four separate, color-coded, routes in Hybrid-Electric vehicles throughout the city. Scheduled buses run every 10-15 minutes and the ride is free. www.charmcitycirculator.com

Baltimore is considered a city of neighborhoods each with a distinctive ambiance. One of them, Mount Vernon Place National Historic District, is bounded by four garden parks and was originally designed as a setting for the country’s earliest Washington Monument. The land was originally a portion of Belvidere estate owned by John Eager Howard.

In 1809, Baltimore’s citizens desired to erect a monument to George Washington. The first location selected was in the city but when the residents learned how high it was to be they were afraid it would topple onto the houses. Howard, a Revolutionary War hero, donated a then, 200-ft. wide, rural plot of his land for the construction. The site was ideal because it is located on a hill that overlooked the city and surrounding countryside.

Funds were raised by public lotteries, the cornerstone was laid on July 4, 1815 and it was completed in 1829. Architect Robert Mills designed the Doric column and cast iron ornamental fence. The sculpture, carved by Enrico Causici on top depicts George Washington resigning his commission as Commander-in-Chief of the Continental Army in 1783. The total height is 178-ft. with a 228-step spiral staircase that leads to the top and the commanding view. Eight bronze inscriptions commemorating events in Washington’s life are etched into the base of the marble Monument. Mills would go on to design the Washington Monument in DC.

The Mount Vernon Place Conservancy will rededicate the monument on July 4, 2015 after a $5.5-million restoration. The ceremony will include a patriotic celebration and a family festival. During the project a copper time capsule was uncovered behind a bronze plaque placed there in 1915. Ultimately the contents of the capsule will be revealed and placed on display. www.mvpconservancy.org

By the 1840s, the suburban Mount Vernon District had become a fashionable area for the elite of the city. Francis Scott Key died in his home on East Mount Vernon Place in 1843. Modern Notable architects of the day, Stanford White and Russell Pope, designed some of the buildings. Mount Vernon has retained its cachet. It still lays claim to lovely old homes and green spaces but is now also a hub for restaurants, nightlife and entertainment. www.mountvernonbaltimore.org

Philadelphian William Thomas Walters moved to Baltimore in 1841 and six years later became a whiskey merchant. During the Civil War, as a strong southern supporter, he relocated to Paris, to return at war’s end. He became the United States art commissioner and also began gathering a personal art collection. His son Henry, who served as the Metropolitan Museum of Art’s second vice-president, was an equally avid art collector.

Henry inherited his father’s collection and, added to his, upon his death in 1931 he left a collection of more than 20,000 works to the city of Baltimore along with an art gallery, the family residence at 5 W. Mount Vernon Place and an endowment. The artworks date from the third millennium CE to the early 1900s and encompasses ancient art of Egypt, Greece, and Rome, European art from the Medieval, Renaissance, and Baroque periods, 18th- and 19th-century European and American art, and Asian and Islamic art, as well as an outstanding manuscript and rare book collection. Henry’s intention was always for the art to be made public and in 1934 the Walters Museum was founded.

“From Rye to Raphael: The Walters Story” is on view until April 17, 2015. It visually explores the collection, the personalities of the collectors and the era. A highlight of the collection is a replica of Henry’s gallery with the original seating, his personal gallery guide and the artworks displayed salon style, floor to ceiling. Admission is free. www.thewalters.org

The Baltimore Museum of Art (BMA) was established in 1914, with a single painting and mounted its first exhibition nine years later. In 1929, the museum opened in its current location. The original Romanesque building, designed by John Russell Pope, has grown, both in its size and collection, over the decades. The permanent collection consists of more than 90,000 objects from 2500 BC on. In 1936, the BMA featured an African American art exhibition, one of the first museums in the nation to do so, curated by Philadelphian Alain Locke. Today the BMA boasts one of the most significant collections of African American art in the country.

In 2014 the museum celebrated by reopening the $7.9-million newly renovated galleries of the American Wing, Robert Merrick Entrance, East Entrance Lobby and BMA Shop. The American wing features 850 items, 50 of which are new or rarely exhibited. Highlights of a tour of the American wing are American schoolgirl embroideries, silver collection, a portrait of Henry O. Tanner’s father, a 9-ft. Philadelphia Pier window and the awesome “Tiffany and Friends” gallery. The 16-ft. Tiffany window, “The Baptism of Christ,” is particularly notable. www.artbma.org

John Shields, chef/owner of BMA’s Gertrude Restaurant, brings artistic creativity to the setting and menu. The restaurant is named in honor of his grandmother who taught him to cook. The dishes focus on Chesapeake cuisine and Gertrude’s has been awarded “Best of Baltimore.” It is open for lunch and dinner and serves an extremely popular Sunday brunch. Reservations, and the desserts, are highly recommended. www.gertrudesbaltimore.com

Baltimore’s Harbor has been a destination since the founding of the city. Baltimore’s economy revolved around the shipping and shipbuilding that took place there. In the late 1950s, the city decided to revitalize the Harbor and 240-acres surrounding it. By the 1970s, the Inner Harbor had become a tourist destination and a base for visiting sites further afield. www.baltimore.org/InnerHarbor

Geppi’s Entertainment Museum is a must for any aficionado of popular culture or individual wanting to take a stroll down Memory Lane. Eight galleries present the history of cultural entertainment as it has changed throughout time. The story is told chronologically and thematically. The first gallery, “A Story in Four Colors,” is a “museum within a museum.” It presents the history of the comic book from its origins in America. Tours continue and take you from the 1895 comic character “The Yellow Kid” to the “Walking Dead.” Galleries are filled from floor to ceiling with artifacts, memorabilia, life-sized action figures, comics, posters toys and automated narration.

Geppi’s hosts a series of special events and exhibitions annually. Information on March’s Zombie Gras and Comic Fest in October can be found online. www.geppismuseum.com

The Sports Legends Museum at Camden Yards opened in 2005. Exhibits include the Maryland State Athletic Hall of Fame, Johnny Unitas, the Baltimore Ravens, the Colts, the Orioles and “Babe Ruth: An American Icon.” There are numerous interactive displays and opportunities to test your skill.

On the lower level a gallery is devoted to “The Negro Leagues: A Baseball Legacy.” This exhibition is entered through a league tour bus with video and interpretive information. www.baberuthmuseum.org

The American Visionary Museum is “America’s official national museum and education center for intuitive, self-taught artistry”. The museum is actually a complex of several buildings with spectacular architecture. This is art that you commit to either love or hate but you will come away more thoughtful and introspective. The art of Howard Finster, the most prolific outsider artist in the country, is currently on exhibition. Creative gifts can be purchased at the Sideshow, the museum shop. ww.avam.org

Sotta Soppa is a fine example of Baltimore’s multicultural restaurant scene. Chef/owner Riccardo Bosio opened it in 1996, offering Northern Italian cuisine and a fine dining experience. The setting, the décor and the very personal service create an intimate experience. The food is farm to table and all pastas are made in-house. Gourmet Magazine has designated it one of the “top 10 Italian Restaurants in Maryland, Delaware and DC.” Reservations are suggested. www.sottosoprainc.com

Miss Shirley’s Café was named after Shirley McDowell, a food professional at Classic Catering People, by restaurateur Eddie Dopkin. The upscale casual café was established in 2005 and has gone on to win numerous awards including “Best of Baltimore.” The menu features fresh ingredients served southern style with a unique twist. Every dish is special but you should try Miss Shirley’s twist on the chicken and waffles. www.missshirleys.com

Fleet Street Kitchen is one of three restaurants located inside what was the 1800s Bagby Furniture Company. Many of the architectural elements have been maintained and the theme is carried out in details throughout the restaurant. The restaurant obtains ingredients from local sources including their farm just north of the city. The menu changes frequently but every dish is always a treat. www.fleetstreetkitchen.com

Historic Hotels of America named the Lord Baltimore Hotel the “Best City Center Historic Hotel” in 2014. The hotel was constructed in 1928 and recently underwent a complete renovation. Architects and decorators skillfully retained the historic look and feel of the grand hotel while blending subtle modern touches. The restaurant, the French Kitchen, once again began baking fresh breads and pastries true to the French theme. The service is impeccable and all the modern amenities are offered including WIFI, Fitness Center, luxury linens and bath products. A branch of Sideshow Gift Shop is on the premises.

The Lord Baltimore is walking distance to the Inner Harbor and Mount Vernon Place. Packages and special room rates are available online. www.lordbaltimorehotel.com