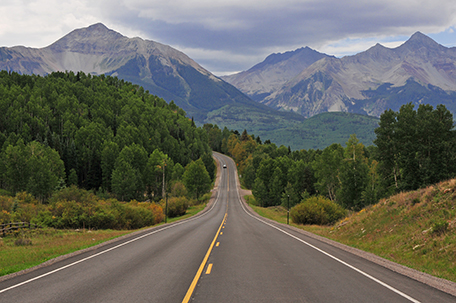 On July 29, 2018, I packed up a car, promised my concerned husband that I would be perfectly safe, and headed across America, dragging my newly retired friend with me.

Two Black women proceeded alone on a journey that would change our perspectives and life in general. Our husbands prayed and loaded the car with every possible thing we may have needed to keep us safe.

My goal was to relax, find my center, see what America offered beyond flying over it to parts unknown, and soak up nature while meeting new people. I had no idea if my friend and I would survive each other because she is laid back and less apt to push past her fears, while I am more headstrong and fearless. I almost threw her out the car when she told me she didn’t know how to pump gas! Her husband had been doing it for decades, but I was hearing none of that, and told her she was about to figure it out. And she did — bless her heart.

We visited Mt. Rushmore, stayed in Yellowstone Park for a couple of nights, and entered a town in Montana that had probably never seen Black people up close until we strolled into their local diner for breakfast. Once they got past the initial shock, one man engaged us in conversation, while the others stared surreptitiously.

I was tickled pink! We realized soon after we took off from Philadelphia that Black people would be in short supply, because we saw none of them once we got past Chicago.

It was at that point we named our excursion the “two brown crayons” tour and had a whale of a time.  This trip was one of a few we took travelling to Seattle, Washington and back, to the tune of 6,157 miles.  We were so proud of ourselves, we decided to keep trekking across the country.

We have already explored West Virginia, sang country music in Nashville, took in a couple of tourist attractions in St Louis, gasped at the wide and flat expanse of Kansas, and we are now at the base of a mountain in Colorado Springs, Colorado.

My friend has yet to drive a single mile of the 2,000 driven so far, and I suspect, that trend will continue — but, we have found a happy medium where she makes herself useful by making our hotel reservations, giving details about each town before we arrive, taking pictures, pumping gas, and generally being a good friend.

It’s my hope that our courage will inspire other people of color to traverse across the country and experience life on their terms. Nothing happens in our lives without action, and too often, we talk and dream or visit “hot spots” with the crowd.

Daring to venture into places unknown opens up a universe and our thought patterns in ways we would not otherwise feel, had we remained stuck on what we thought we knew.

Our recent drive through the state of Colorado was so incredibly breathtaking! The collision of mountain peaks amid a mirage of colors, blended with the wind sheer as you danced with other cars on the highway, almost defies description!

Little towns would appear at the base of these mountains, and not only is life laid back amongst the locals, the food is some of the freshest on earth, as many things are made lovingly from scratch.

We met a lovely Vietnamese family in Georgetown, Colorado, a town with 12 buildings total. The Pho they offered was unrivaled in taste and consistency, and the broth was so good, I asked to speak with the chef.  She beamed with joy as she described the two days it takes her to make the broth from the large bones and the marrow from a large beef shank. I could see why people frequented the restaurant, which  sat along the edge of a river.

Our journey will continue as we cover the entire middle states of America, and we hope that our bravery will inspire others to explore the nooks and crannies of this beautiful country!