Spirits of Bardstown (Part One) 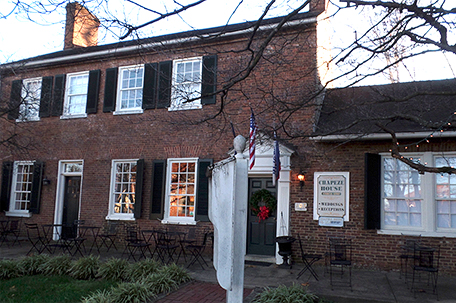 Congress designated bourbon America’s only native spirit on May 4, 1954 in homage to its long history in this country that dates from the colonial era. The American Revolution left the country in debt and the Secretary of the Treasury viewed a 1791 tax on spirits distilled in the US as a simple solution. Farmers in Western Pennsylvania protested and by 1794 their protest had grown into the Whiskey Rebellion. Washington dispatched troops to Pittsburg and the first test of federal authority was over. By the time Jefferson repealed the tax in 1802 some of the Pennsylvania farmers had moved to Kentucky adding their distilling expertise to that of approximately 500 pre-existing regional distillers. kentuckytourism.com

In the 1780s, barrels of whiskey were shipped to New Orleans from Bourbon County and stamped with the name of the county. Because it tasted better than other whiskeys, people began to specifically request bourbon and legend has it that that is how it was named. Kentucky bourbon does have a distinctive taste based on the fact that the state’s blue limestone serves as a filter and adds calcium and magnesium, radical temperature changes and extremely fertile soil. bourboncounty.com

Kentucky produces 95 percent of the world’s bourbon, with 33 percent being produced in Louisville. Bourbon, by law, must be made in the United States, can have no additives except water, must be 51 percent corn and must be aged in new charred oak barrels for a minimum of two years. Bourbon is the foundation of a $3-billion industry. gotolouisville.com

Bardstown, Kentucky, was chartered in 1790, is the state’s second oldest city and was named after early settlers David and William Bard. There are more than 175 buildings on the National Register of Historic Places located in the historic district and this tiny gem is one of the “100 Best Small Towns in America” and is listed in “A Thousand Places to See Before You Die.” Bardstown is the epicenter of Kentucky’s spirits and we’ll begin with the city’s most famous spirit trail. visitbardstown.com

The suggested length of time to complete the 81-mile Kentucky Bourbon Trail is three to four days. There are more than 20 functioning distilleries and nine are featured on the trail with nine more distilleries listed on the Kentucky Bourbon Craft Tour. Bardstown is at the heart of the trail and provides an ideal location from which to visit any and all of the distilleries. Additionally it is the home of several attractions that enhance visitor’s understanding of the region and bourbon history. kybourbontrail.com 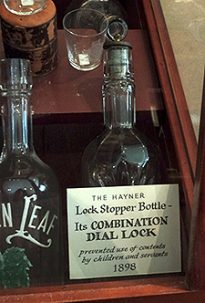 Each distillery on the trail relates not only their personal story but also highlights certain aspects of the industry making each tour and tasting totally unique. kybourbontrail.com

Jacob Bohm moved to Kentucky in 1787 and changed the family name to Beam. In 1795 he sold his first barrel of bourbon and 220-years later Jim Beam is the World’s #1 selling bourbon. The Jim Beam American Stillhouse, a replica of a 1930s stillhouse, invites visitors to a new and interactive tour that includes a decanter museum and cooperage demonstration. americanstillhouse.com

Maker’s Mark, a National Historic Landmark (NHL), offers a 90-minute tour at no cost. They have been distilling since 1800 but their trademark red wax seal was added in 1958. The on-site Quart House was one of the first liquor stores in the country. Makersmark.com

Four Roses has the only Spanish Mission-style distillery. The founder asked the woman he loved to marry him. She needed time to think about it so she told him that the next time he saw her if she was wearing a corsage with four roses the answer was yes, hence the name. “Whiskey Magazine” named Four Roses the 2015 Whiskey Distiller of the Year. Fourrosesbourbon.com

Buffalo Trace, the most awarded distillery in the world, is also the oldest continually operating distillery in the country and a National Historic Landmark. They offer several tours, the most unique being the architectural, the beer-barrel and the ghost tours. All tours include tastings and all tours are complimentary. Buffalotrace.com

Charred oak barrels are a requirement for producing bourbon and the Kentucky Cooperage offers tours that take guests inside the production process from selecting premium quality oak to create high quality staves. Guided video and walking tours are 30-45 minutes and are scheduled daily. Participants must wear closed shoes. The tour is so unique that Tripadvisor recommends it. Independentstavecompany.com

One of Bardstown’s biggest draws is the Getz Museum of Whiskey History located on the first floor of he federal 1819 Spalding Hall. The museum was deservedly honored as Whiskey Magazine’s “2014 Whiskey Visitor Attraction of the Year.” You really need hours to examine the 50-year collection of Oscar Getz but for those with less time there are several rare items that are my favorites. Do not miss Carrie Nation’s hatchet, Prohibition whiskey “prescriptions,” a replica of Lincoln’s Illinois Tavern, an original “Booz” bottle and a bottle with a locked cap to keep thieves away. Whiskeymuseum.com

The Rickhouse Restaurant is located on the lower level of Spalding Hall and is decorated with racks of barrels and furniture made of staves. The food is outstanding, try the 11 cheese macaroni, and they serve more than 100 different bourbons. therickhouse-bardstown.com

Where else but Bardstown, “The Bourbon Capital of the World,” would you find the Chapeze Mansion, the “Kentucky Home for Bourbon.” The 1787 Federal mansion presided over by Kentucky Colonel Michael and Margaret Sue Masters is where visitors can join in a Bourbon Tasting or enroll in a Bourbon University Class. Mixology 101 is led by Kentucky Colonel Rosemary Lewis and includes hands-on activities, original recipes and lots of tastings. The Kentucky Bourbon House has been featured on the Travel Channel. kentuckybourbonhouse.com

The Harrison Smith House, one of the oldest in the city, was erected in 1790 with an 1820 addition. This elegant Federal-style house is now a restaurant dedicated to the preparation and presentation of the finest cuisine and liquid refreshments in the state. harrisonsmithhouse.com 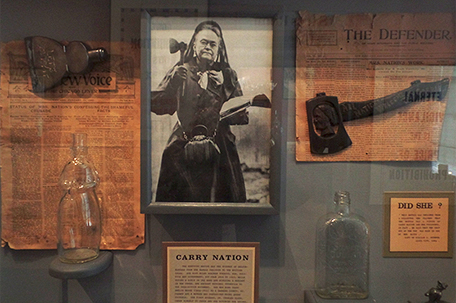 Federal Hill Mansion is a wonderful segue to next week’s more ethereal spirit tour of Bardstown. Federal Hill is renowned as “My Old Kentucky Home” the inspiration for Stephen Foster’s song by the same name. It is the state song and is sung at the opening of each Kentucky Derby. The Georgian mansion was constructed for John Rowan in 1796 and the home incorporates the number 13, 13 steps between floors, 13-inch thick walls, 13 rooms and 13 windows in front, in homage to the 13 colonies.

There is a complete schedule of tours and activities with some of the most interesting being ghost tours incorporating stories of the 1833 cholera epidemic that claimed four family members and 26 slaves. Rowan died 10-years later and requested that no monument be placed on his grave. His friends erected one anyway and shortly thereafter found it toppled. They righted it but it continues to fall over to this day, some believe pushed by the ghost of John Rowan. parks.ky.gov/parks/recreationparks/old-ky-home