Smooth Traveler: Against the Wind in Cabarrus County, NC 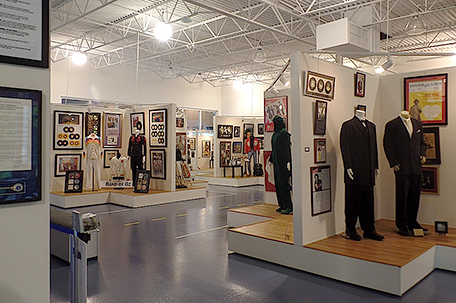 Kannapolis, North Carolina, in Cabarrus County, was created from land purchased by in 1906 by J.W. Cannon for purposes of textile mill. At its height, Cannon Mills would become the largest manufacturer of linens in the world, employ more than 30,000 people and create supporting facilities such as homes, roads and services. In 1997 the company was sold and in 2003 it closed causing 4,304 layoffs in a single day. David Murdock purchased the mill at auction in 2004 and has redeveloped it, for $1.5 billion, into the North Carolina Research Campus to restore jobs and facilitate cutting-edge discoveries in medicine, nutrition and agriculture. (#kannapolisnc)

NASCAR’s story is interpreted in Kannapolis and its history is as colorful as the sport. The National Association for Stock Car Auto Racing is an outgrowth of the illegal whiskey trade, and the attendant need for superior driving skills and nerves of steel. Stills were located in the hills between Virginia and Georgia where moonshine pickups were made and hauled down the mountains pursued by the law. The cars were modified to hide the cargo and increase the speed, and mechanics, drivers, salesmen and moonshiners were all involved. 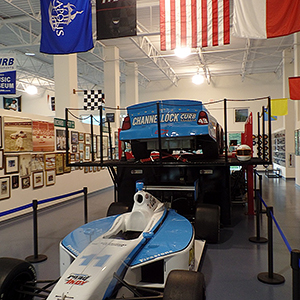 The drivers began racing each other in fields and on backroads and in December 1947, a meeting was held, the National Association for Stock Car Auto Racing (NASCAR) was created and guidelines and rules were established. In February 1948, the first sanctioned NASCAR race took place in Daytona, Florida. In June 1949, NASCAR’s initial Strictly Stock race was held on a ¾-mile dirt track at the Charlotte Speedway in North Carolina.

Today, the Charlotte Motor Speedway is the “Home Track of NASCAR” and Cabarrus County, renowned as “Where Racing Lives,” is the best place to get up close and personal with all aspects of the sport. Visitors can select from a menu of general sites or follow the self-guided “Dale Trail” based on locations connected with “The Intimidator,” Dale Earnhardt, Sr., a native son. (www.visitcabarrus.com).

Nineteen sites lead you through Earnhardt’s life with the focal point being Dale Earnhardt Plaza. A 9-ft., 900-lb. statue dominates the small park. The bronze sculpture and its setting are designed to highlight more than his legend. He is attired in his characteristic Wranglers and cowboy boots as he gazes toward Idiot’s Circle, the circle where as a teen he drove his yellow 1956 Chevy around and around to attract young ladies. The park itself is designed as an oval with benches in clusters of threes, the number of his Chevrolet Sedan racecar. Seven surrounding pedestals indicate the seven titles he won.  (#DaleTrail).

Dale Earnhardt, Sr. died in 2001 from a head injury in the final lap of a race. His death prompted the institution of enhanced safety rules requiring greater head and neck protection and better track barriers. He is interred on his 900-acre private estate in Mooresville, North Carolina. The property contains his home and Garage Mahal, his 108,000-sq.-foot garage. 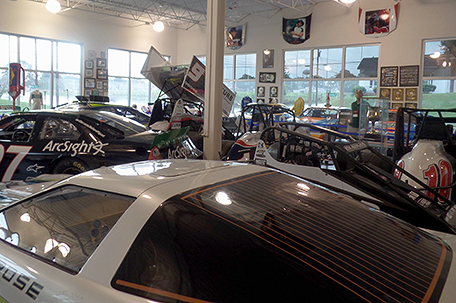 Curb Motorsports Museum for Music and Motorsports (CMMMM) is the lovechild of Mike Curb, musician, millionaire, philanthropist and former lieutenant governor. The CMMMM features a portion of his car collection including NASCAR, IndyCar, modified racecars and celebrity vehicles. Highlighted cars belonged to luminaries such as Ron Bouchard, Earnhardt, Sr., and Richard Petty and Wendell Scott, the first African-American to win a premier division NASCAR race and first to be inducted in the Hall of Fame, is featured. This is a great place for photos. Free. (www.mikecurb.com/motorsports/museum). 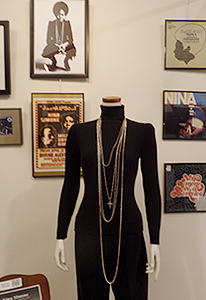 The North Carolina Music Hall of Fame (NCMHF) adjoins the CMMMM, and at first glance seems not to be an important part of the tour. The NCMHF provides cultural background and context for the NASCAR story. Galleries are divided thematically by era and genre with smaller, individual dioramas showcasing individual artists. Items on display include authentic posters, outfits and instruments and plaques for the 95 inductees are on view. Free. (www.northcarolinamusichalloffame.org).

NASCAR is the ultimate team sport. At heart it is not about drivers racing each other, it is about the team against the track. Nowhere is this better exemplified than by visiting one of the motorsports facilities where the cars are made and teams train. All but one of the NASCAR teams and 99 percent of the industry is based in the county and 18 shops are open to the public.

A tour of Stewart-Hass, largest toolmaker in the world, provides a self-guided view of how each car is handmade over a three week period. Each car is made to exacting specifications so that each is as similar as possible. Each driver must weigh 200 lbs, including the helmet and the car must weigh 3,450-lbs. The driver sits in a frame within the car’s fiberglass rear, and a nose that touches the ground so air will not get beneath the car. Cars are cut up after each race and not reused because they no longer meet the specifications. Cars are not painted, but clad in a vinyl decal applied with a hair dryer. (www.stewarthaasracing.com).

The pit crewmembers must be trained athletes because speed and mobility are important. Pit stops are approximately 13-seconds and tires must be changed and 22-gallons of unleaded high-octane fuel must be added. On race day cars are tested using lasers and other high-tech equipment. If a car fails twice they are penalized. Free.

Charlotte Motor Speedway was built in 1960 and offers a variety of tours including the comprehensive, 45-minute, Trackside Tram Tour. @CMSTours

In some way we are all “racing against the track.” The men and women honored in Cabarrus County each defied the track and did it their way. Now it is our turn to enjoy the ride. @visitnc

•  NASCAR drivers are not required to have a driver’s license.

•  Drivers lose up to 10-lbs of sweat while racing.

•  Drivers douse themselves with water after a race to prevent the crowd from noticing that there are no bathrooms in the cars.

•  Richard Pryor’s movie, “Greased Lightning,” is based on the life of Wendell Scott.